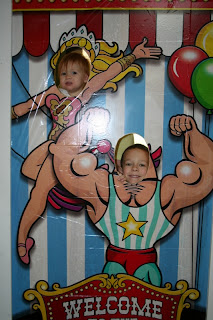 We headed over to Primrose last Saturday for the annual Spring Fling.  Even though the day was slightly overcast, we ended up spending a wonderful morning with Hadley and her friends. 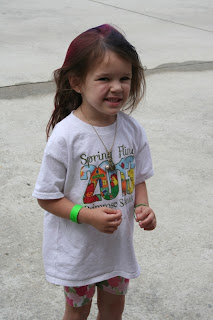 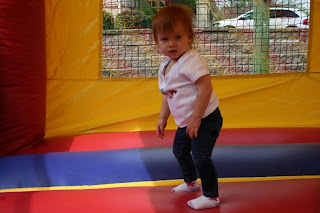 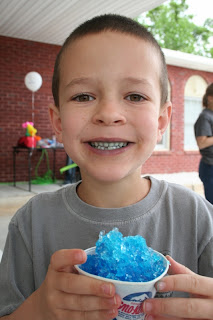 My favorite part of the day was probably watching Emmy participate in the cake walk.  The girl picked up the rules rather quickly and had such a great time "playing" with the big kids.  She even won quite a few times! 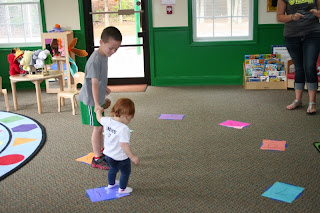 Hadley invited Auntie to come to the Spring Fling with us.  Harris made sure to remind Auntie how lucky she was because "even though Granti is getting to go on the Disney cruise with us, Auntie got to come to Spring Fling and that's pretty much the same thing."  I'm not sure Auntie agrees. 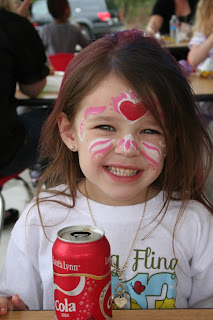 All the proceeds from the Spring Fling benefit charity, which makes the morning a little more meaningful.  It's also a nice way to spend some quality family time together and get to watch our girl interact with her teachers and peers.

And, in case you're wondering, here's a picture of Babe and her boyfriend, Aaron. 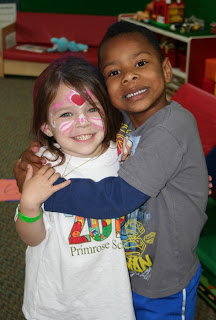 Aaron is in the Pre-K class across the hall from Hadley's and also happens to play on Harris' baseball team.  I think Aaron might actually be the first boy who knows that Hadley is his girlfriend...I've seen them hug each other multiple times and even watched them blow kisses when I picked her up one day this week.  For some reason, Babe has been VERY into "boyfriends" this year and has come home at least four different times telling us about a new boy she "loves."  She's only had one boy tell her that he couldn't be her boyfriend (his girlfriend was his mom) and has ended up telling three boys that she does not want to be their girlfriend anymore (after telling them that she did).

In case I haven't told you lately, that girl is a mess.

Who is almost finished with preschool.
Posted by Heather Haynes at 7:37 PM