Not only did Harris' T-ball team walk away as regular season champions, they also had the opportunity to play in the inaugural season tournament championship game last Thursday night.  Actually, because of the way the double-elimination tournament worked out, his team ended up playing a double header and WINNING both games!

While we ended up spending a very late night at the ballpark, it was tons of fun and very exciting...especially because Harris continued to hit off the coach pitch and slide into home plate every chance he got!

Even Pop made the trip up for the big night!  Hadley was thrilled. 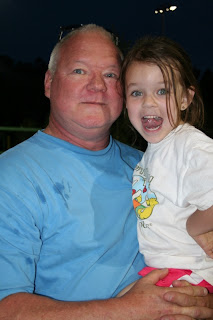 We started playing at 6:00.  Because both games were technically "championship" games, there was no time limit, which meant we played five full innings...twice.  The last game ended around 9:30 (waaaay past weekday bedtimes), but we still managed to stick around and celebrate for just a few minutes. 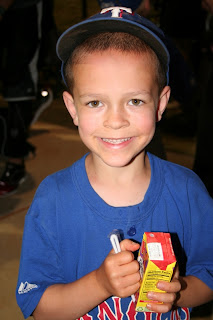 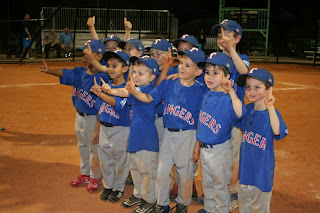 Even Sam and Emmy got in on the celebration action! 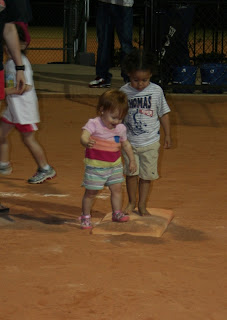 While Harris isn't completely in love with baseball, he did fall in love with his team and said he'd love to play another season if he could "stay with his same team."  I'm thankful for the friends he made and the fantastic coaches who poured into his life this season. 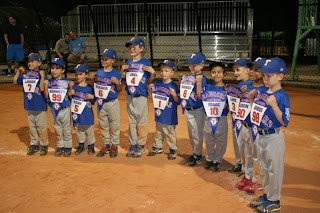 I'm pretty sure the Rangers will always hold a special place in our hearts.  This boy definitely will: 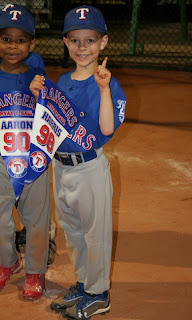 Can't wait to see what extracurricular activity he picks next!
Posted by Heather Haynes at 6:21 PM