Harris has officially announced his retirement from baseball.  He's had a good time playing with the Rangers this spring (and has even made a few new friends!) but is just about ready for the season to be over.  His team is playing for the t-ball championship tomorrow night and I think it's safe to say Harry isn't going to miss baseball  too much once it's finally over.

Although, for the record, he's hit off the coach pitch quite a bit lately.  We've hit up Dairy Queen in celebration after each game.  I'm always looking for a reason to inhale a Peanut Buster Parfait. :)

Last weekend, we were able to spend an evening at the park with his teammates and their families in celebration of the season.  Although it started to POUR down rain after about 45 minutes, we were still able to get in a little playing, eat some pizza and cake, and pass out trophies before everyone made a quick escape for home. 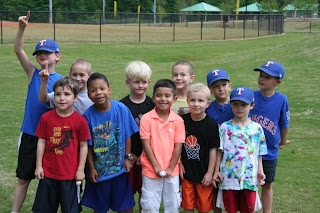 Emmy rocked a ponytail for the first time at the party.  She's always a big hit at the games...she's had such fun cheering for Harris this year! 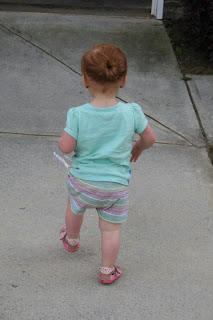 Hadley's had a good time cheering for her boyfriend, Aaron, who just so happens to play on Harris' team.  Babe and Aaron are in school together and literally hug, blow kisses, and walk hand in hand whenever they see each other.  They were thrilled to spend time together at the party. :) 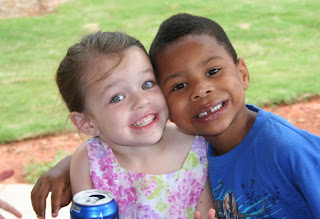 While the trophies were the hit of the night for Harry, the rest of our family was stoked about the double decker cookie cake from Sam's. 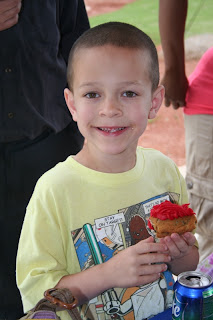 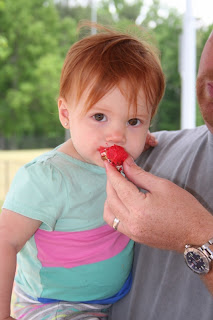 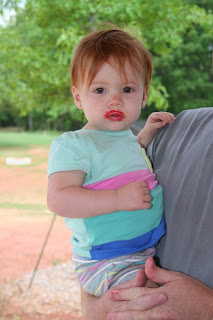 Or with these cheeks. 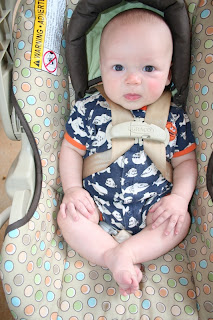 We've been so blessed this season with the best rec league coach I've ever had the pleasure of knowing.  He's positive, upbeat, professional, and is able to keep his perspective no matter what.  I loved hearing him talk about each boy as he handed out the trophies.  I also loved what he said about Harris:  no matter what the coach asked him to do this season, Harris always responded with, "I'll try."

Coach Keith was 100% accurate with that statement. 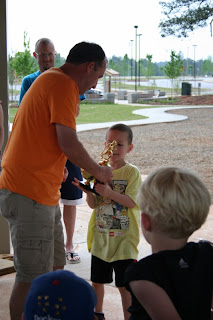 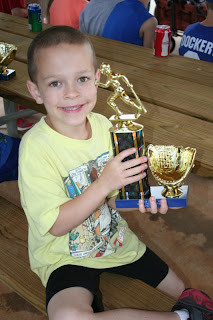 T-ball has been such a great experience for us this season and I am so thankful Harris had the opportunity to have fun and make new friends.  I can't imagine what we'll do with all of our free evenings after tomorrow night but I'm not too worried about it.  Summer of Fun is right around the corner. :)

Posted by Heather Haynes at 6:23 PM