Daddy and Granti headed out to the beach early Tuesday morning.  Daddy headed out on "Big Rhonda," the beach bike, and Granti set up camp and then enjoyed a walk herself. 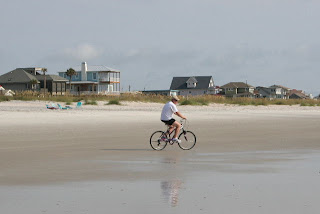 The kids and I headed out a little later.  It was so nice to simply show up and have everything ready to go! 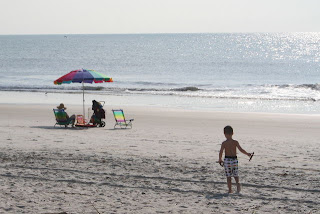 We enjoyed a super fun morning on the beach, full of waves, sand, toys, and boogie boards. 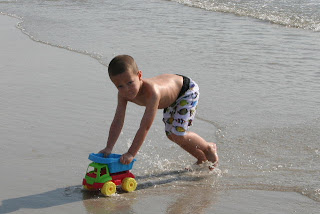 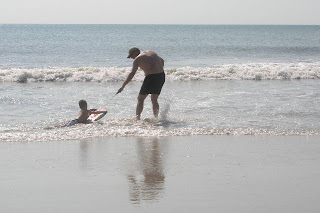 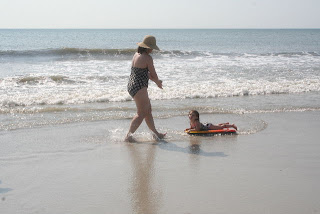 Ben and Granti even got in on the boogie board action! 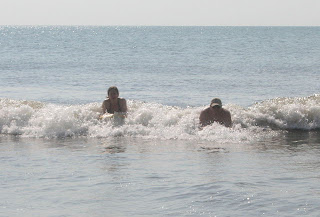 And Hortie made his very first beach trip!  Hadley accidentally threw him over the balcony while we were putting our sunscreen on, so we picked him up on our way out.  He was lucky enough to get to tag along. 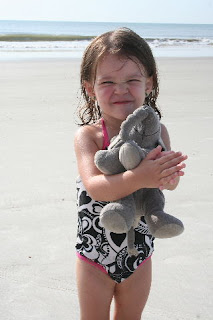 When we were all beached out, we headed in to join Auntie and DB at the pool.  Our pool time this trip has been filled with tons of swimming by Harris, and lots of "much high" throws and jumps for both kids.  Harry's even mastered the art of the cannonball! 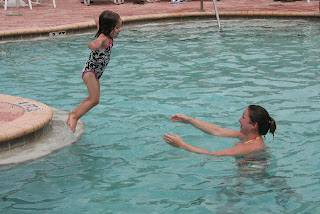 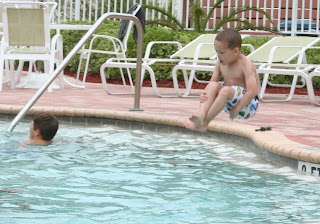 Granti got concerned because we were out in the sun at "high noon," so we came in for lunch and naps.  And after naps, of course, we got cleaned up and headed downtown to check out a few stores and grab some dinner. 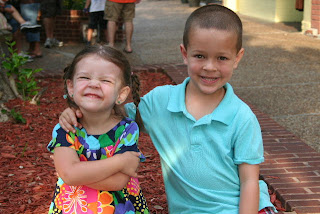 We decided to eat at Pepper's, a new Mexican joint downtown.  I indulged in some of the best vegetable quesadillas I've ever put in my mouth, but Auntie had a tough time with her meal.  The waitress finally managed to get Cassidy's dish to look like the picture in the menu. :) 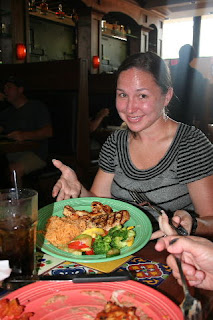 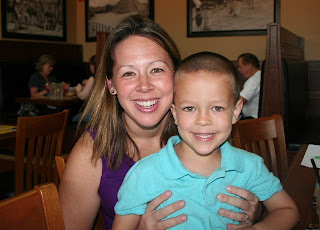 After dinner, we picked up a few souvenirs (Harris found a shark shirt, Babe picked a mermaid shirt, and Ben chose a door knocker that says "Captain") before grabbing dessert at the ice cream shop. 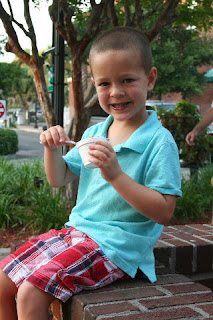 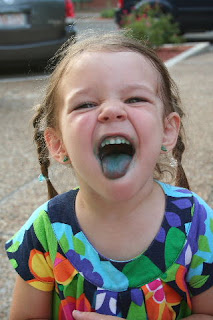 We came home with full bellies and snuggled for a little bit before bed time rolled around for the kiddos. 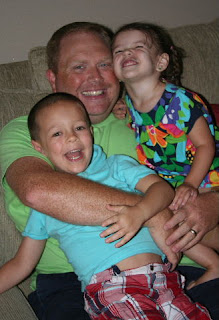 And the Teen Mom Adoption special.

Ah, perfection.
Posted by Heather Haynes at 11:24 AM