Friday morning started off a little overcast, but we headed to the beach anyway.  The weather ended up being perfect, and we made the most of our last day of vacay.

Granti brought along some extra pancakes to feed the birds, so Harry and Babe spent some time doing just that before moving on to their standard beach fun of running back and forth in the waves, building sand castles and roads, exploring the deeper parts of the ocean with Ben, and generally having a blast in the sand and surf. 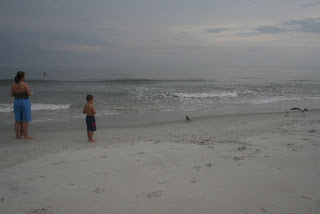 Harris had a great time getting buried in the sand...so much so that he asked Ben to do it over and over again. 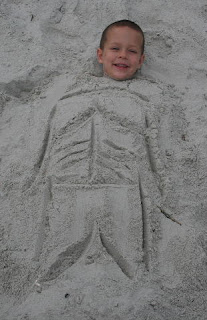 Around high noon, we headed to the pool.  Harris achieved his goal for the week and swam, on his own, from one of the far ends of the pool to the other.  It was awesome, and I could kick myself for not taking any pictures!!!  He was so, so excited, and Ben and I were so, so proud.  We couldn't wipe the smiles off of our faces.

Because he worked so hard and gave it his all, Ben told Harry he wanted to get him a special treat.  Harris requested a couple of Hot Wheels cars he'd spotted at the antiques store earlier in the week (they were from 1994 or something like that...), so the whole family showered up and headed out to grab lunch at Sandy Bottoms, swing by the antique store for the Hot Wheels, and check out a couple of other local stores simply for fun.

After browsing our little hearts out, we headed back for nap time before showering up and getting ready for our final night on the town.

We saved one of our favorite places, Brett's Waterway Cafe, for last.  The food is delicious and the location, right at the marina in the heart of downtown, is great, too.  We took a few family photos before stuffing our faces with shrimp. 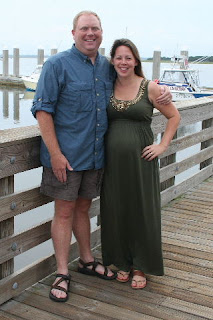 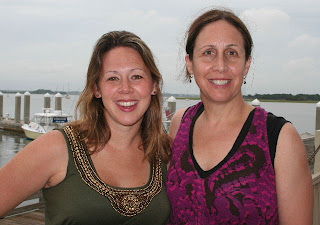 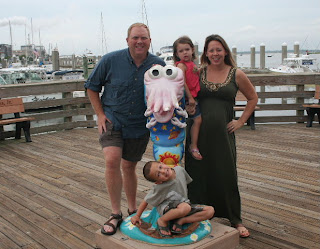 Babe, of course, was over the moon excited about the "Rosie" (pink) shrimp. 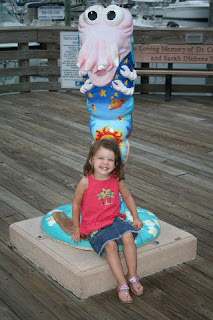 It was a great end to a great week.

The kiddos chose to head back to the pool after dinner for one more night swim...they had to soak up as much jumping, throwing, and diving as their little bodies could take. 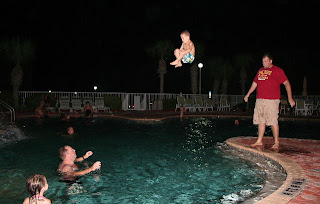 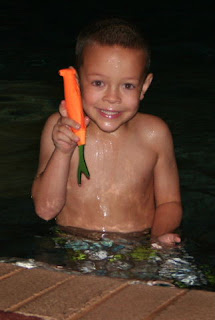 We all slept well, and we all left the next morning already looking forward to next year's trip.

There's simply nothing like uninterrupted family time.  Especially at the beach.
Posted by Heather Haynes at 6:54 PM