And there's nothing like starting the morning with a little "Joseph and the Amazing Technicolor Dreamcoat" on the ipad.  Especially when you add pancakes, fruit loops, and powdered donuts.  The kids are hooked. 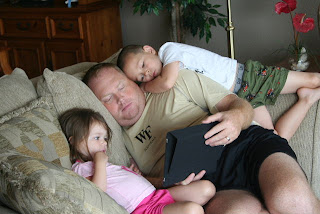 We spent the early part of the morning at the beach.  The kids played in the sand a little bit (and Granti built a sand castle), but for the most part, the waves were the big hit.  And the seashells.  Harris, I think, has made it his personal mission to find every single seashell on the beach. 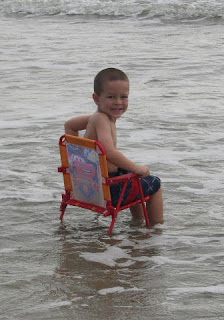 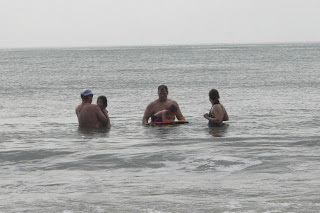 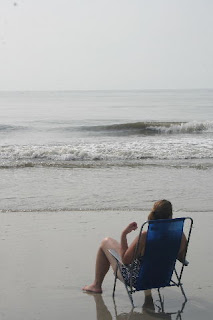 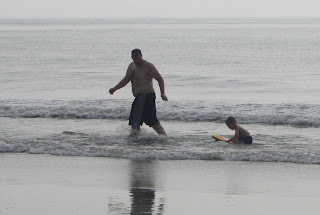 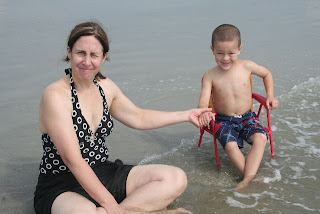 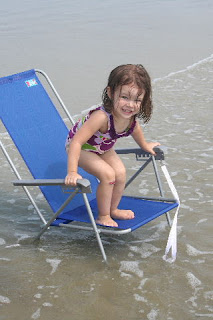 And Hadley has become my little "Beach Babe."  She was all over the place, running as fast as her little legs would carry her! 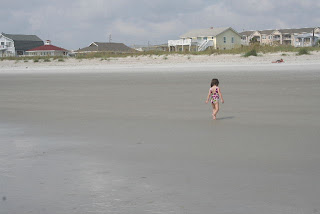 When Daddy and Auntie had had enough of the sand, we headed into the pool, where Babe quickly informed us she'd rather be a "Pool Girl" than a "Beach Babe."  She and I spent most of our time playing with her "pool princesses," while Harris was either diving for his diving sticks, jumping in on his own, or being thrown from person to person.  He is a mess. 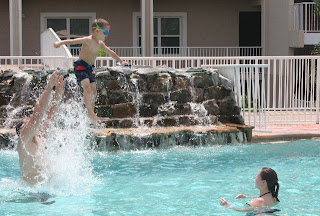 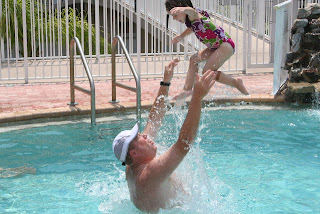 Lunch time snuck up on us, so we left the pool to eat and take an afternoon nap.  Both were much needed.

Auntie and DB found a new dinner place to try, so we headed out to Sandy Bottoms once everyone was up and showered.  The food was pretty good, even if I did have to protect little Emmy and eat a non-seafood meal.  I'm trying to be good and limit my mercury intake or whatever, but it sure is tough.  It's definitely seafood for me at the next meal!! 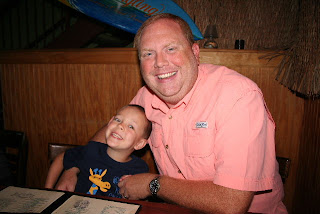 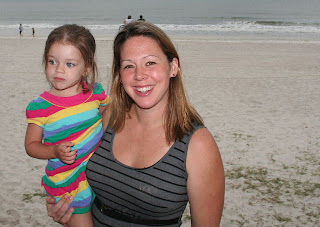 Sandy Bottoms was right on the beach, so after we ate I took the kids out to play for a while.  Babe has to constantly be reminded that we are always in Florida...she checks to make sure we're still here every time we leave the condo.  She's cracking me up. 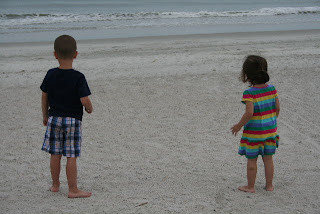 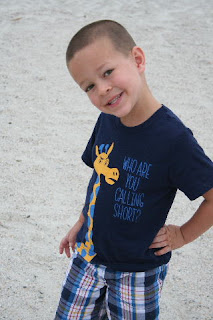 Auntie, Granti, and DB decided to take an evening walk on the beach after dinner.  Per Harry's request, however, he, Babe, Daddy, and I headed out to the pool. 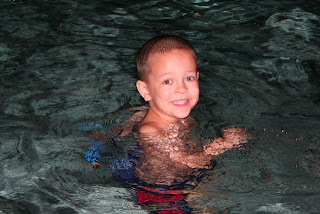 And vacation is all about special.
Posted by Heather Haynes at 5:16 AM