The trip, per tradition, started with breakfast at Chick-fil-A. 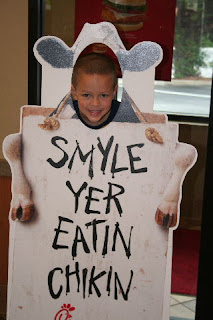 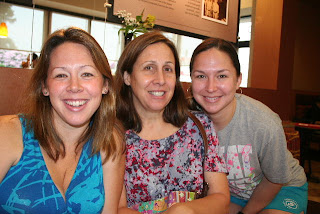 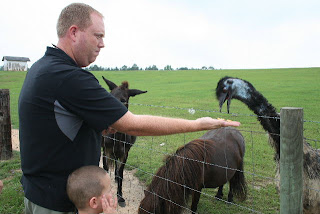 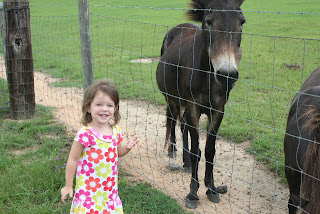 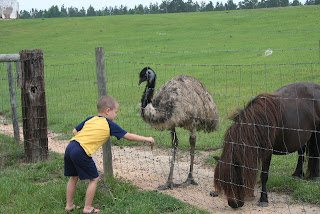 It was early afternoon when we arrived on Amelia Island.  After unloading and unpacking, we made a quick trip to the beach.  Even the steady drizzle couldn't stop us! 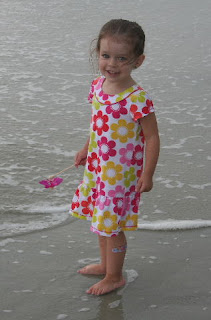 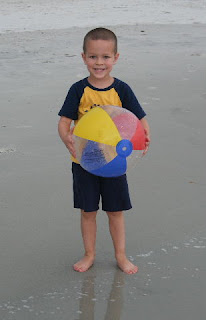 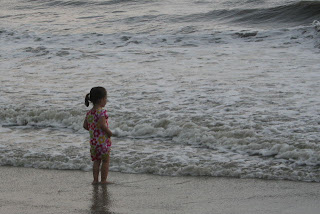 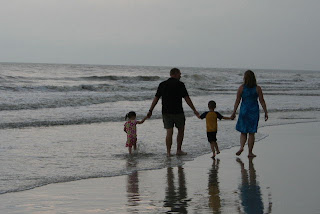 The waves were a huge hit with Hadley, and Harry had a great time playing kickball with Auntie and DB.

We headed downtown for dinner, right back to The Crab Trap, which is where we kicked off last year's vaca as well.  Tradition is key for us, remember?

Harris tried his first bite of crab leg.  He wasn't really a fan. 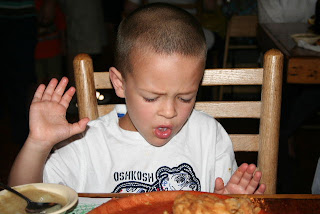 He was, however, super stoked to hang his picture on the wall. 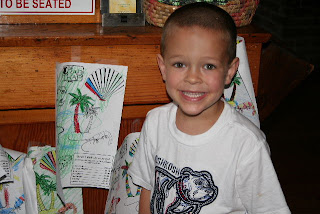 While driving downtown, Babe spotted a "candy cane shrimp" statue that she could not stop talking about.  So, as soon as we finished eating, we headed that way.  I soon discovered her "candy cane shrimp" was actually a little more patriotic than she realized. 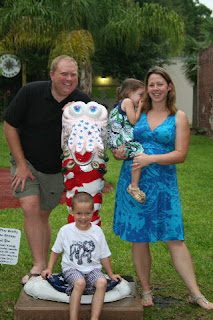 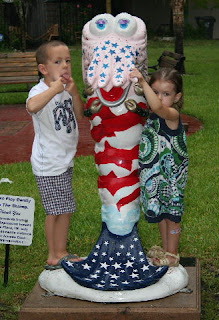 We also managed to browse a few stores downtown before calling it a night.  Bless his heart, my sweet Ben found his favorite linen nightgown.  Too bad it cost $82.50. 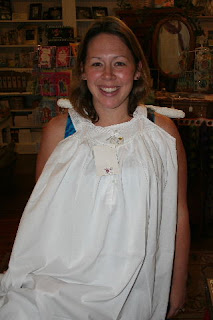 It was a great little "preview evening" for the rest of the week.  We finished up the night with a trip to Publix and some movie making on Auntie's computer.

Now watch out beach, here we come...
Posted by Heather Haynes at 5:29 AM