There's absolutely nothing better than having the WHOLE family together.  We've had such fun with Tyler while he's been home for Christmas and will be so sad when it's time for him to head back to Louisiana. 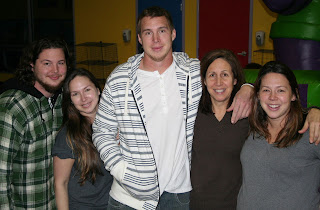 We took advantage of having everyone together yesterday and decided to celebrate with a trip to the Fernando's lunch buffet followed by a fun afternoon at Monkey Joe's.

It was Emmy's first time on the inflatables.  As long as an adult was with her, she had a blast!! 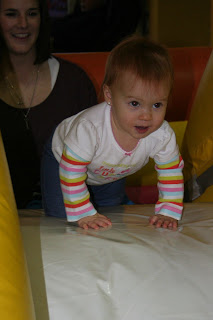 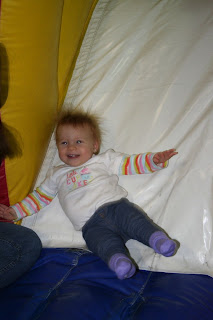 Thankfully, there were plenty of adults to play with that sweet baby. :)

The big kids ran around like maniacs.  I'm not sure they expended all of their energy, but I know for certain they wore us old folk out!!! 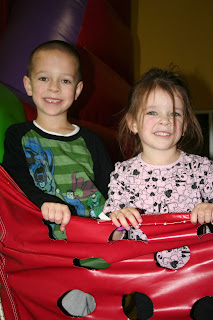 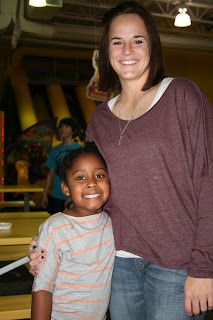 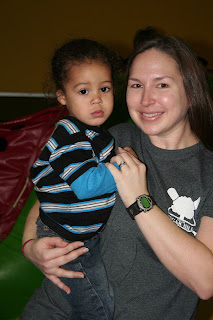 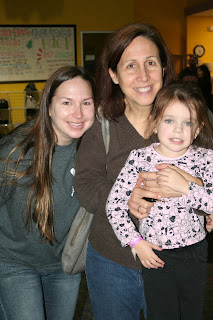 Ben, Harris, Babe, Emmy, and Granti spent some time wrestling around in one of the moonwalks. Harris emerged with one less tooth. 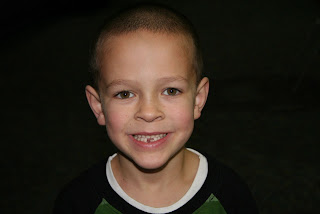 His second bottom tooth has been barely hanging on for a few days.  From what I understand, Babe's foot helped knock it completely out.

This pregnant Mama spent the day chilling with whatever adults were taking a break from wrangling kids. 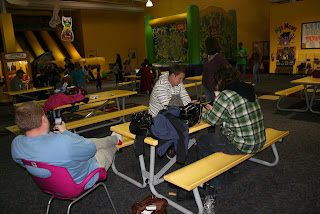 We also spent some time teaching Granti the art of taking pictures from an upward angle.  According to Cassidy, that helps with the double chin. 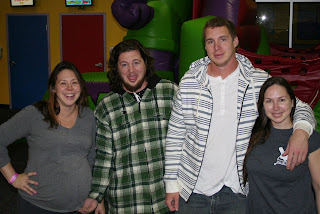 I'm not sure there's anything that can help this fourth-trimester chin I'm rocking!!! :)﻿ 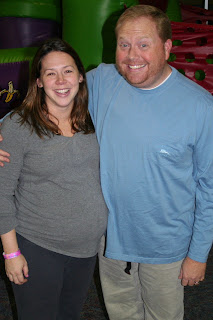 It was a great afternoon, followed by even better naps!  I love my family and am so thankful for the time we spend together, even if it is at Monkey Joe's!!! 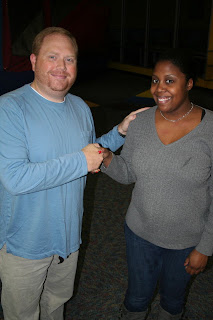 Posted by Heather Haynes at 4:50 PM

Email ThisBlogThis!Share to TwitterShare to FacebookShare to Pinterest
Labels: Family