Now that Harris can read, nothing gets by him.

He saw the advertisement for the Chick-fil-a Christmas party and made the decision that since it was on a Tuesday, our family should definitely go, even though it was at the "Chick-fil-a close to our house and not the Chick-fil-a by Granti's old work."

And our sweet family agreed.

It was crazy and crowded and chaotic.  The kids had a blast.

There was a gingerbread making station, 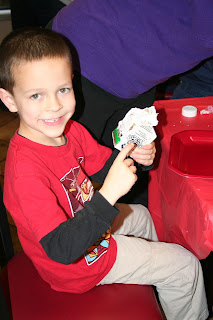 an ornament making station (Hadley made an ornament for Ms. Audra, her Pre-K teacher), 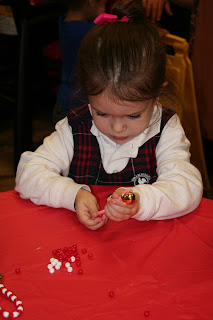 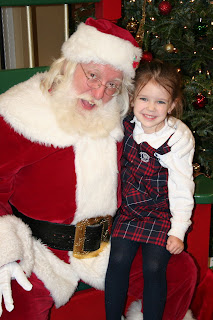 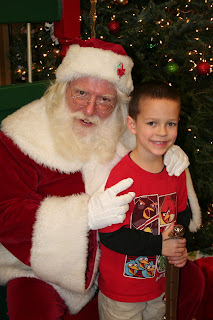 and an elf cow. 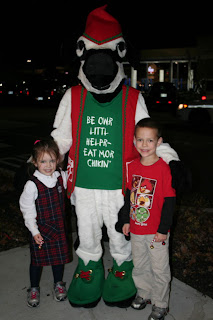 And almost nowhere to sit. :)

We managed to eat dinner, participate in all the crafts, get in a little playground time, and get home before anyone lost their sanity.

Now that was a Christmas miracle.
Posted by Heather Haynes at 12:45 PM