After a low key day of Subway, naps, some dryer-fixing by Ben, and a fantastic family worship experience, we're snuggled in tight and awaiting Santa's arrival.  I love me some Christmas Eve.

Ben, Emmy, and I met up with the family at church tonight.  Both Harry and Babe were beyond excited to participate in the Christmas play this evening and the fact that Pop, Granti, Tyler, Cody, and Sam came to watch only made it better!

Hadley was absolutely perfect in her "candy cane dress," waving and smiling and singing at the top of her lungs.  She even gave a little curtsy before she left the stage.  Harris starred as a chicken in the manger scene.

To be honest, I'd never really thought about a chicken in the stable.  I'll forever think of it from now on. :) 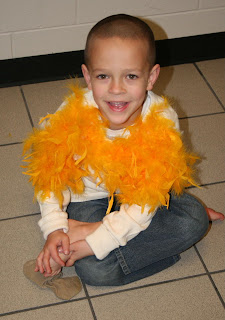 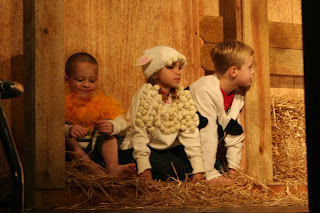 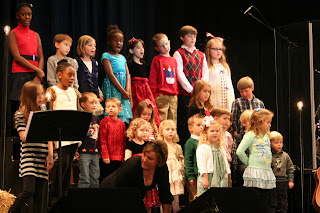 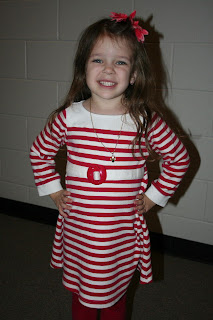 We came home from church, ate a quick dinner, put our Christmas pajamas on, kissed Emmy Doe goodnight, and came downstairs to make chocolate chip cookies (Santa told us those were his favorite) and hot chocolate and snuggle up to watch "A Charlie Brown Christmas." 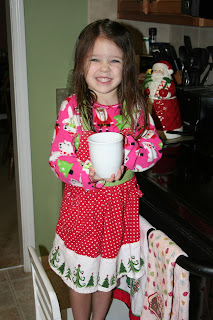 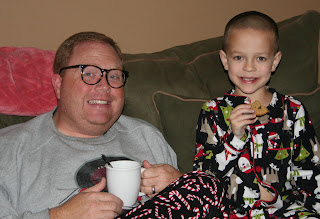 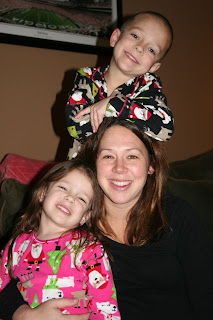 Harris made sure to write a note to Santa to leave next to the cookies. 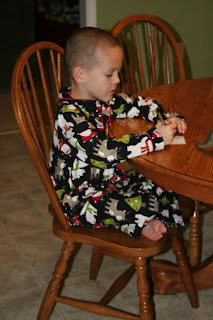 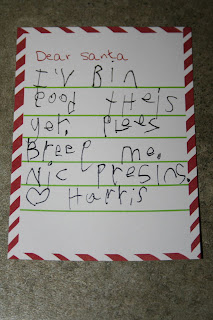 I love that kid.

We also spent some time "tracking" Santa's progress around the globe.  Harris took it upon himself to create his own map, too. 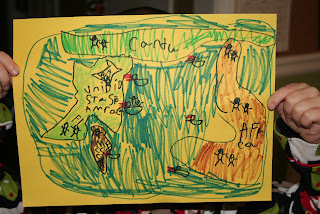 Again, I love that kid.

We finished up our hot chocolate, got the cookies together, said goodbye to Herman, and headed upstairs. 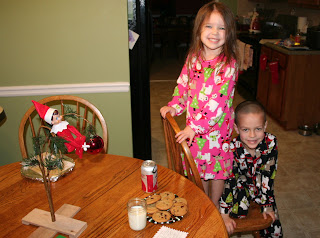 Before climbing in bed, Babe reminded Ben that if heard a "jing-a-ling-a-ling," he needed to make sure to "spring from his bed to see what was the matter."

That girl has my heart, too.

Merry Christmas Eve, y'all.
Posted by Heather Haynes at 7:12 PM