I think it's safe to say this year's Summer of Fun kicked off in the absolute best way possible...on a Disney cruise!  When we realized that Thatcher's birth and my maternity leave weren't going to coincide with any low-crowd days at Disney World, we bit the bullet and talked Granti into heading to the Bahamas.  I don't even have the words to describe how much fun we had:  Granti is already talking about "next" time...we cannot wait to get on that ship again!!!!!  In fact, both Harris and Hadley said they enjoyed the cruise much more than the actual parks.  Disney does it right. :)


My last day of work for the summer was on Friday, May 24.  On Saturday, we met Cassidy, DB, Cody, Mo, Raven, Sam, Kendall, and Granti at McDonald's for lunch and immediately hit the road.  We didn't board the ship until Sunday afternoon but wanted to make sure we arrived well rested and ready to have some fun. 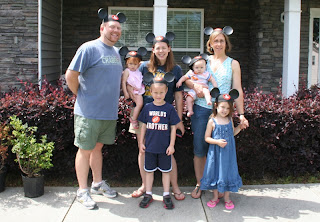 We drove to Gainesville, Florida, and stayed at a Holiday Inn Express (Ben is racking up the points with all of his school stays).  Unfortunately, we were in the land of the Gators.  My kids know how to treat a Gator, though, so it wasn't such a bad place for us to make camp. 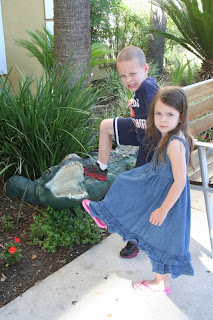 We unloaded the car and got settled before walking next door to have dinner at Cracker Barrel. 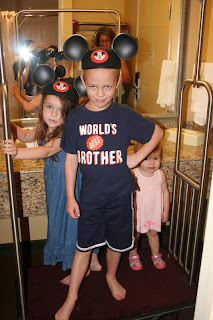 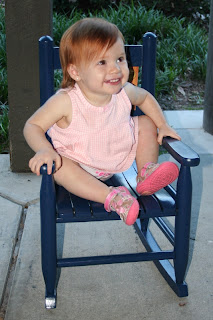 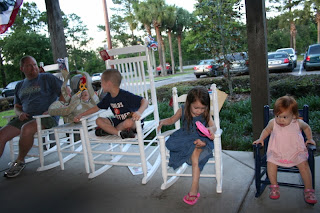 We sat on the porch for quite a while after dinner so the kids could blow off some steam.  We also took a sightseeing tour of the hotel pool.  There was no way I was going to travel with wet bathing suits so the biggies had to make do with sticking their feet in the water. :) 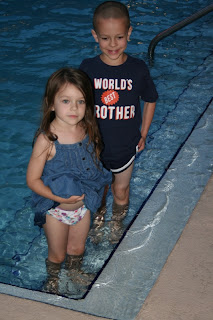 We watched a little television before calling a night.  Granti, Harry, and Babe shared a room while Ben, the babies, and me stayed in the connecting one.  There's something special about being a kid in a hotel room... 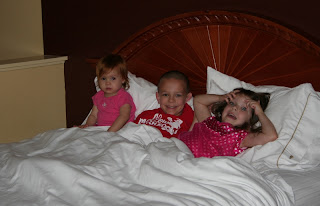 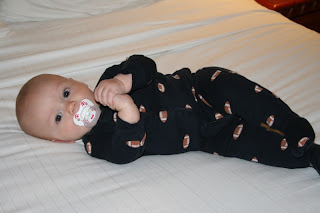 We had breakfast in the lobby the next morning before Ben gave his instructions on how to load the van.  He somehow managed to pull a muscle in his back about fifteen minutes before we pulled out of our driveway (he was rearranging the seats in the van) and had to establish a medication regimen to reduce some of the pain.  Poor baby. :)  It's a good thing Granti and I were willing to work!  (Thankfully, he felt better in time to enjoy the boat!) 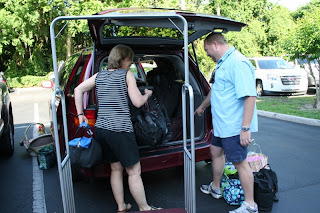 We drove the few remaining hours to Port Canaveral, stopping just before we reached the terminal to nurse Thatch and grab a quick snack.

Oh, how I wish I had recorded our first sighting of the boat!  Granti had climbed in the back seat with the biggies for the remaining ten minutes of the drive and to hear the three of them as the Dream came into view was hysterical.  Mom, of course, was in tears, Harris was beside himself excited, and Hadley kept exclaiming, "Oh, my!  The Dream!  She is so beautiful!  Oh, my...just look at her!"  It was awesome. 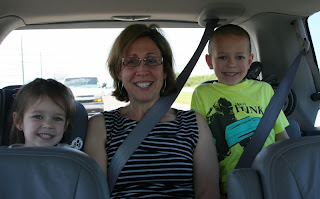 In their defense, it was a pretty amazing sight.  The Dream is most definitely the prettiest (and cleanest) ship on the seas.

As soon as we entered the property, the Disney experience began.  The parking attendants and baggage folks were friendly, full of information, and so incredibly helpful!  And, because this was my fourth Disney cruise (and everyone else's first), I got all kinds of welcome back gifts.

We unloaded our luggage (and all of our people) right outside the terminal.  While Ben parked the van, the rest of us got in line to go through security before checking in, which was a very quick and easy process! 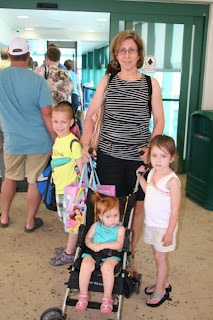 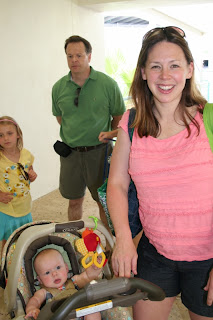 We waited in line for about 15 minutes to board the boat.  There was so much excitement in the air!  Mickey and Minnie were greeting guests in the center of the terminal and there were Disney cartoons playing all around but Harry and Babe were so worried they were going to miss getting on the boat that they were too afraid to get out of line!  Those kids crack me up. :) 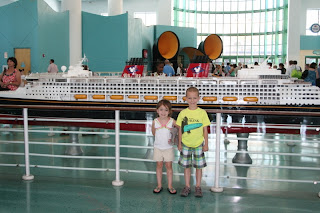 And to think...their excitement was only just the beginning of a magical four days!
Posted by Heather Haynes at 11:54 AM