Last week was a little bit different for us.  Ben was out of town working on his Masters, so it was the crazies and me all week long.  While we missed Ben like crazy, we made the best of things and ended up having a pretty nice time together!!!

Ben's school is basically set up so that he is gone for a week (Sunday-Friday) every other month.  He started right after Emmy was born and only has three more classes left so we are super stoked!!!!  Because we spent the morning with him on Sunday before he left, the kids and me kicked off our week alone with the evening worship experience at church.

We took things easy on Monday:  a trip to the gym and lunch at Johnny's with Tyler(!) who was home for jury duty.  Tyler is actually moving back to Georgia and we are so excited.  In fact, when I told Harris, he responded with, "It's about time!" 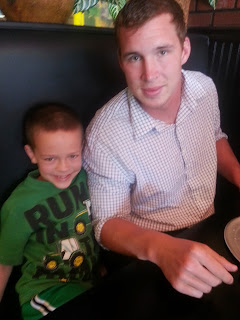 After lunch and room time, we did a little weekly cleaning and then headed up to Kroger to pick up some canned food for the VBC mission project. 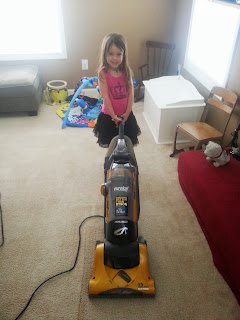 Vacation Bible Camp couldn't have come at a better time for us!  It was the perfect way to spend a solo week.  Even though we attended VBC at one of the local churches that is not our home church, I still served in the snack area so everyone (even the babies!) was able to attend.  VBC ran from Tuesday-Friday and gave us a much needed break from each other during the day, gave everyone something fun to do, and wore us out!!! 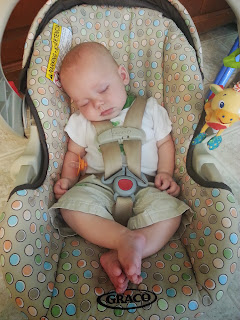 We weren't too tired to hit up Chick-fil-a's pajama night on Tuesday, though!  The kids were so excited to be having "breakfast for dinner!" 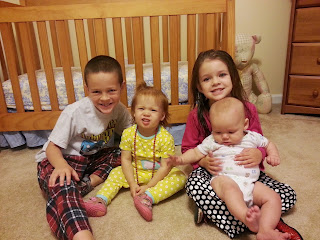 And you know the adults had to participate, too!  Everyone in their pajamas scored free hashbrowns, so you better believe we dressed the part. 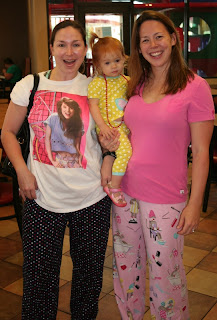 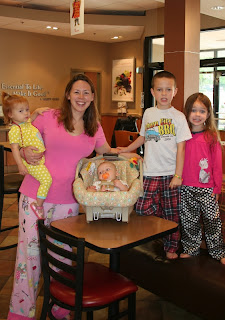 We spent Wednesday and Thursday at VBC during the mornings and the gym in the evenings.  Thursday was "spirit day" at VBC...thankfully both kiddos' classes had to sport the color red...we definitely had that covered. 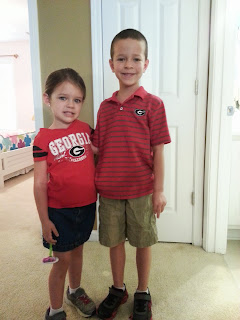 Harris and Hadley were so sad for VBC to come to an end.  And while the volunteers in Thatcher's nursery had nothing but good things to say about him, I'm not so sure the ones in Emmy's nursery would say the same thing.  Sweet Emmy (along with Olivia) ended up with her own personal volunteer for the duration of the week.  God bless that sweet woman. :) 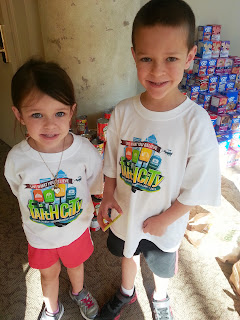 Ben was home in time to attend the VBC Celebration Night on Friday evening, so we went to dinner as a family and then enjoyed the short program and carnival night sponsored by the church.  We were able to pet different animals, partake in carnival games, and stuff our faces with popcorn and snow cones. 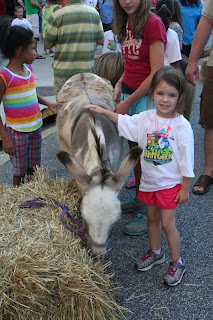 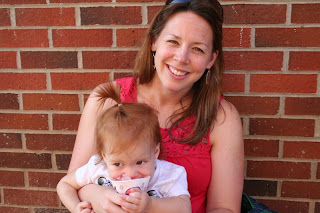 One of the highlights of the week was getting to meet a dog named Truth.  Truth is the mascot for "Nothing but the Truth" ministries, an agency that provides breakfast and lunch through the summer to children in the community who typically receive free breakfast and lunch during the school year.  The kids brought in food all week long and each day Truth would perform tricks during the closing worship.  On Friday night, the agency was selling t-shirts with Truth's picture front and center.  Harris was DYING for one and Ben and me couldn't pass it up.  The agency is phenomenal but the shirt makes me laugh out loud every time I look at it. 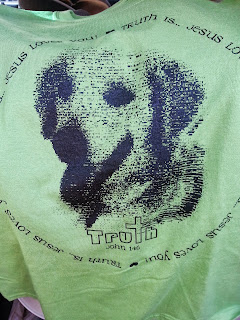 After the carnival, we came home and put the babies to bed and then watched Monsters, Inc. for movie night.  Harris used to be so scared of almost every movie but seems to be growing out of that more and more which is really making movie night so much fun.  It's hard to beat sharing laughs with your kids. :)

Saturday morning was garage sale day for us.  I'm not much on garage sales but Harris was really wanting to have one so we figured it might be a good experience for him.  The kid had fun.  He was up early setting up with Ben and was a master salesman during the day.  I thought he might be shy with customers but it turns out money is a pretty good motivator...he tried to sell everything to everyone! 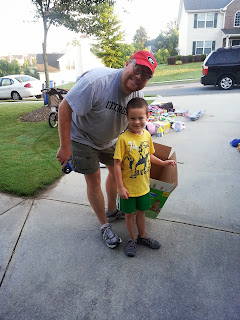 This little guy moved a lot of merchandise, too. 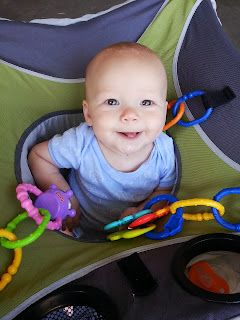 At the end of the day, Harris and Ben put out a sign that read, "Take everything.  $30."  AND SOMEBODY DID!  Seriously.  Ben and Harry loaded up every single thing we had left...we were so thankful to just be finished and not have to lug everything to Goodwill.

Harris earned some money for all of his hard work.  I'm pretty sure he's still thinking about how he wants to spend it. :)

Somebody slow things down.
Posted by Heather Haynes at 11:04 AM

Email ThisBlogThis!Share to TwitterShare to FacebookShare to Pinterest
Labels: Summer of Fun