For our final day at Disney, we decided to head back to Magic Kingdom and spend the day while we waited for Babe's appointment at the Bibbidi Bobbidi Boutique and our very last dinner at Cinderella's Royal Table.  We didn't quite get all of that accomplished...

We started out the morning walking right onto two of the rides we'd missed on Friday:  The Tomorrowland Speedway and Peter Pan.  Both, of course, were big hits. 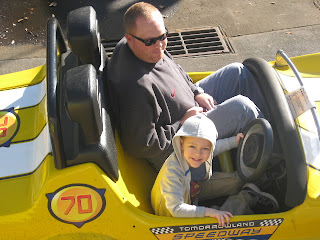 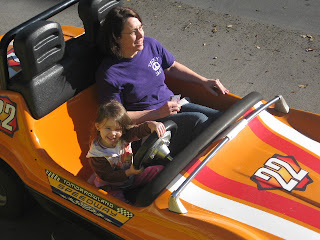 We then set out to meet as many characters (princesses) as possible.  I'm quite certain that the longest line of the entire trip was the wait to meet Rapunzel.  Granti was nice enough to keep Emmy and hold our place in line (for the expected 25 minutes!) while Ben and me took the kids to do a couple of repeat rides:  Prince Charming's Carousel and It's A Small World.  The lines were so short that we even had time to grab a snack (cotton candy and popcorn) before heading back over to the Tangled set. 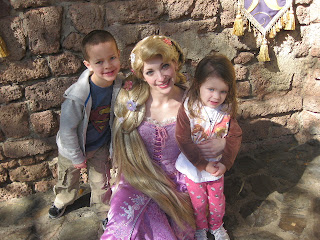 Rapunzel was merely the start of our princess meet and greet...we sprinkled lunch and a few rides (Aladdin's Magic Carpets, The Jungle Cruise, The Swiss Family Robinson Treehouse, Pirates of the Caribbean, Splash Mountain) in between all of our autograph opportunities, but character visits were pretty much the theme of the day. 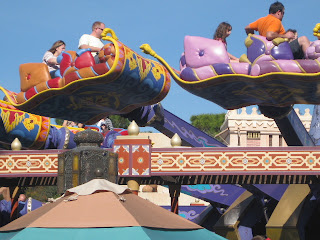 Side note:  We ended up getting a FastPass for Jungle Cruise because the line was longer than our 20 minute limit.  I can't understand why people would wait in line to take a little "cruise" on which every single animal is fake.  I mean, it's not even modeled after a movie or a character or anything...it's just fake animals.  And the lady sitting next to me took a picture of every single one.

Another side note:  Harris LOVED Splash Mountain.  He and I rode it by ourselves and I just about had to pry him off at the end.  We got soaked (we sat in the very front) and Babe was upset because she "told" us we "could NOT ride Flash Mountain.  No water rides!"  It's one of my favorite memories. :)

We were first in line to meet Tiana, and I think Hadley's excitement rubbed off on everyone else. 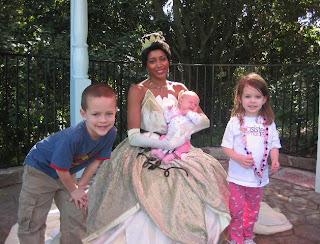 My sweet girl was soooooo pumped.  It was awesome! 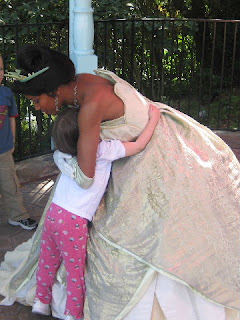 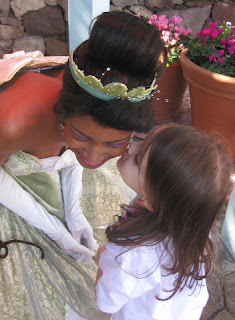 We also made the rounds to meet Jasmine and Aladdin. 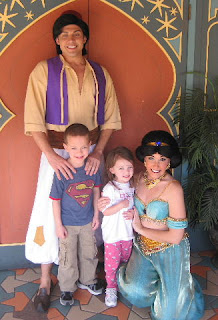 As we were leaving, Ben said, "Hey, Aladdin!  Grandma wants a picture with you!"  And this is what we got: 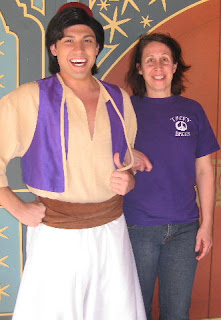 Tinkerbell and her fairy friend, Ruletta, were up next.  I didn't realize Tinkerbell had so many friends.  I also had no idea what each of them were named.  Until this day, Hadley always referred to Ruletta as the "Belle fairy."  Now that we know her real name, we use it, but all rest of the fairies are stuck with "Tiana fairy" and "Jasmine fairy."  Maybe one day we'll straighten it all out. 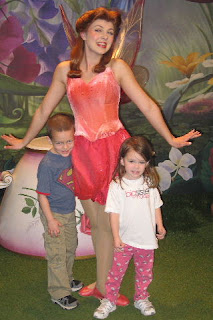 When we rounded the corner and Tinkerbell came into sight, Hadley gasped and said, "Mom, she's BIG!"  That's when it dawned on me that Haddie A. was expecting a tiny little fairy.  She was beyond thrilled that Tinkerbell "turned big to sign my autograph book."  So sweet. We finished up with the fairies just in time to head out and meet Ariel and Prince Eric.  We didn't have to wait long for them to make their appearance, and Daddy was smart enough to leave the fairy exhibit just before the rest of us so he could secure a front row spot in line. 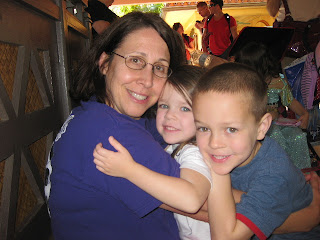 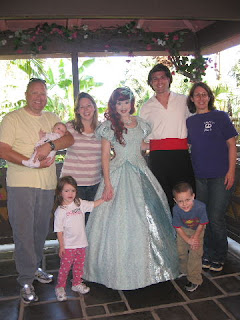 And then, with everything on our wish list accomplished, we cashed in our snack credits and had a seat on a lovely wooden bench to figure out how to spend the hour we had left before heading over to the Botique.  That's when it happened.

I think I'll have sporadic nightmares of the sound Babe's forehead made while hitting something (the edge of the bench?  the cobbled rock wall beneath it?) for the rest of my life.  She and Harris had finished their pineapple and were running/skipping/playing around when she tripped and fell right in front of Granti.  It took Mom a nanosecond to scoop her up after she hit, and when I saw Granti's face I knew it wasn't good.  Harris and I stood up and backed away while Ben and Granti handled Hadley.  Disney personnel appeared from nowhere to help, and I had to consciously tell myself to throw my Dole Whip in the garbage so I would stop eating it.

We followed the absolutely wonderful folks at Disney to their urgent care center, where it was determined that Hadley would need to head to the hospital for further treatment.  Because I had to nurse Emmy and the ambulance could only transport one adult along with Babe, Ben hopped in.  He and Mom were absolutely fantastic throughout the whole experience.  I was slightly freaking out.

Again, the wonderful staff at Disney handled everything.  The ambulance ride was even free!  They brought Harris and Babe toys (a Lightning McQueen and a stuffed Belle), cancelled our Boutique reservations for us (but still gave Hadley all the princess makeup, nail polish, sash, and tiara), and changed our dinner at the Royal Table to something that Harry might enjoy better (Crystal Palace).

Once Babe and Ben were on their way, I took Emmy the Nursing Room and sobbed.

And then I went out to meet Harris and Mom and we did our best to continue.  We grabbed dinner (and I can guarantee you it was the least I have EVER eaten at a buffet), cashed in our remaining snack credits, and picked out a couple of souvenirs before catching the ferry back to Fort Wilderness (Ben took the van keys with him!). 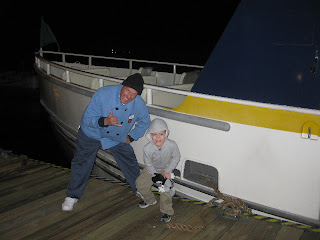 Even though Ben and I stayed in constant contact, it felt like days before I was able to see my sweet girl again.  She was a trooper at the hospital and once she calmed down in the ambulance she remained that way.  A Disney representative was sent to pick up Ben and Hadley once everything was finished, and after a stop at McDonald's they finally made it back to the cabin. 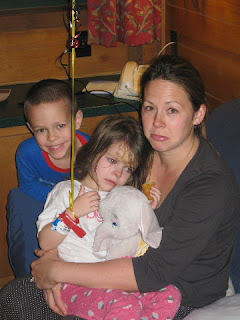 I am amazed at the resiliency of kids.  Other than being absolutely exhausted, she was fine.  To this day, she hasn't complained once about anything hurting, and, after a good night's sleep, was back to her usual self. 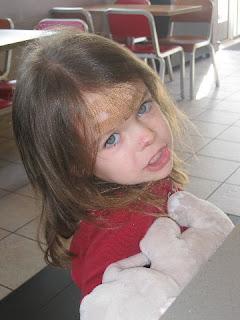 And yes, even with all that craziness...this was still the best trip I have EVER been on.