We started Sunday morning with breakfast in our cabin before loading up and heading out to Hollywood Studios.  I still can't believe what a fantastic time we had on this trip!!  Writing about it makes it seem like a dream but I know it was real...just last night the kids were playing "parade" and pretending like they were Disney characters, signing autographs and taking pictures with Ben and me.  So much fun.

We began our time at Hollywood Studios by grabbing a FastPass for the new Toy Story ride...there aren't a whole lot of actual rides in the park, so the lines tend to get long fairly quickly (although we still had great luck with the crowd level!) and we wanted to make sure we got a chance to try our hand at the arcade-style attraction.  Ben, of course, ended up with the highest score.

Anyway, after getting our passes, we had front row seats for the Disney Jr. Live show.  The kids loved it and especially enjoyed the bubble machines and the gold coins (paper) that fell from the sky at the end of the show.  Harris collected quite a few to keep.  I'm not quite sure why, but whatever. 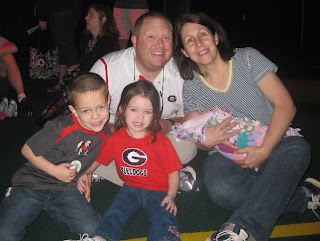 After the show, we were able to meet Woody and Buzz.  They were big hits with our family, and I'm pretty sure we were big hits with them, especially once Ben started flashing his badge to show that Woody wasn't the only sheriff in town. 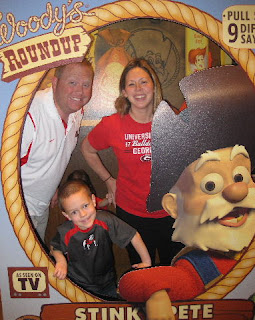 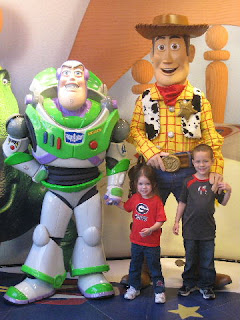 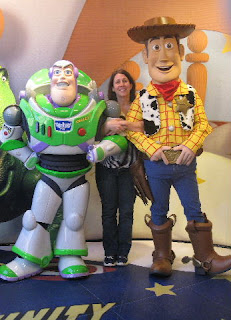 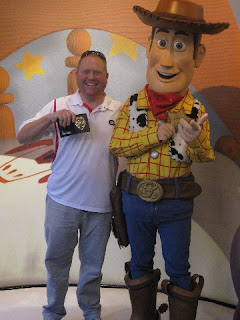 After our visit, Ben, Granti, and Harris hopped on The Backlot Tour while Hadley and I hung out and fed Emmy.  I'm so proud of my brave boy...he really enjoyed the crazy stunts (including fire!) and got to experience some pretty cool stuff by coming out of his comfort zone.

Lunch was another buffet at Hollywood and Vine.  I ate a lot (but so did everyone else) and we got to get up close and personal with a few more of our favorite friends. 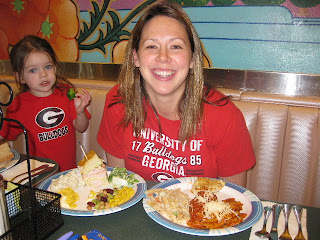 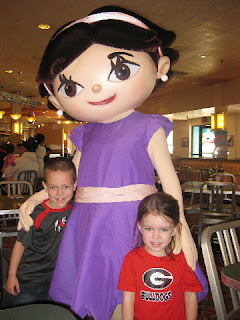 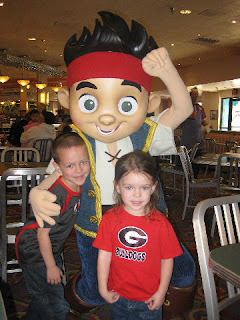 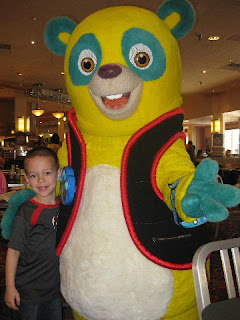 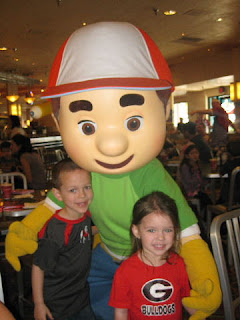 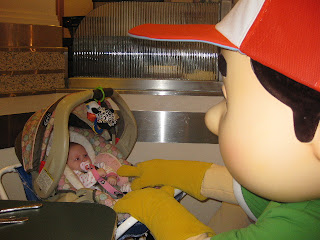 And Hadley once again joined in the dancing, this time with Oso! 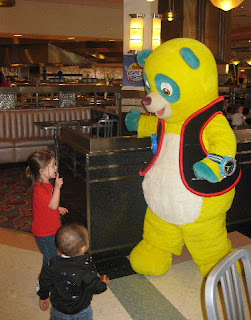 After lunch we caught the Lights! Motors! Action! stunt show, which everyone enjoyed, used our Toy Story FastPasses, and then the kids spent some time in the Honey, I Shrunk the Kids playground before our group split up.  Ben and the girls headed to watch the Beauty and the Beast show, while Granti, Harris, and I hopped on the Tower of Terror!  Harris enjoyed it, Granti not so much.

The line was so short that Ben, Babe, and Emmy were still in the show by the time we finished riding, so I hopped in the Rock'n Roller Coaster's single rider line while Harry and Granti waited for me (poor Harris wasn't tall enough to ride!).

We met back up in time to head over to meet Lightning McQueen and Mater and even ran into Phineas and Ferb along the way! 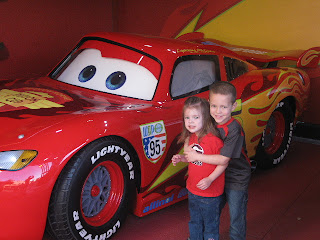 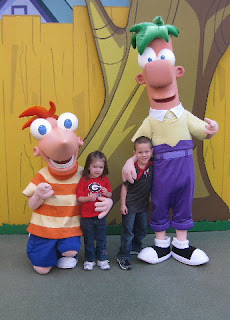 The boys took off to ride Star Tours while us girls waited (and Emster ate!) and then we all finished up our day at the park by watching The 3D Muppet Show.  The kids (and Ben) love them some Muppets!!

After dropping Big Red off at the cabin, we hopped on a Ft. Wilderness bus to head out to the campfire and sing-a-long at the other end of the resort.  We were all a little tired, but I'm so glad we went.  There were two large campfires, a man leading us all in songs and dances (I can't remember his cute little name), and Chip and Dale were even part of the fun! 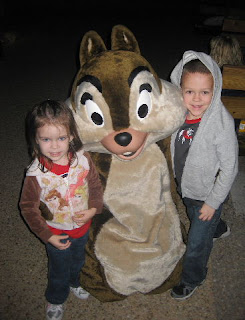 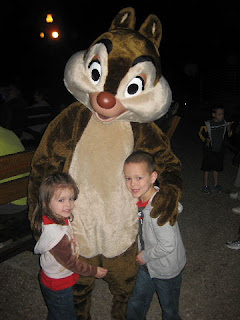 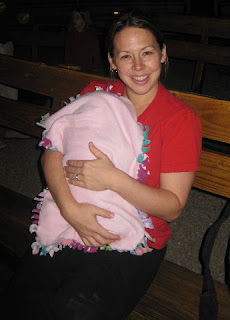 Babe didn't disappoint with her dancing skills and Harry even joined in on the Hokey Pokey. 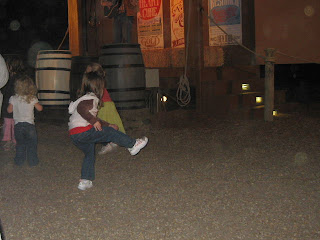 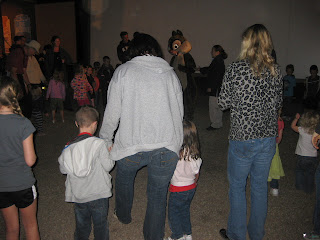 We were finally hungry again after leaving the campfire, so we stopped by the resort restaurant to grab a quick dinner before boarding the bus home.  I'm pretty sure the kids thought the bus ride was another theme park attraction. 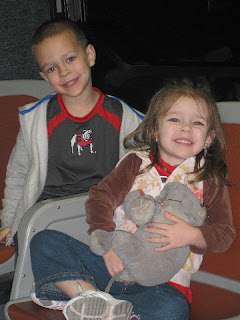 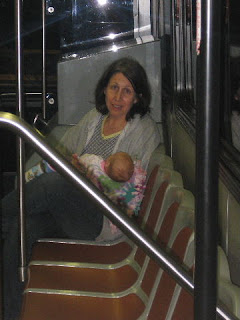 We slept well that night and totally rested up for our final day at Magic Kingdom!!!