And I'm pretty sure I did one too many pelvic-thrust dance moves.

But it was totally worth it. 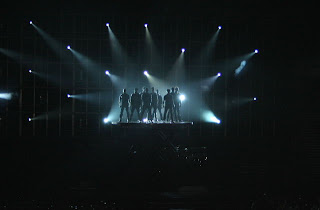 The New Kids on the Block, as expected, did not disappoint.  And much to my pleasant surprise, I realized that even though I've always preferred N'Sync, I actually know (and like) most of the Backstreet Boys' songs. 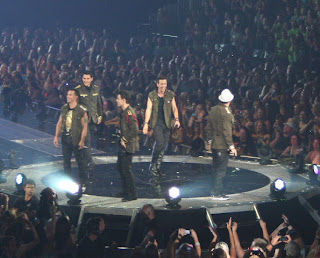 I also realized that I'm part of a very special generation:  one that spans at least a decade of boy bands.  My friends and I are old enough to know all of the New Kids songs (something that the younger BSB fans in attendance could not claim or understand) yet young enough to hold our own with the Backstreet Boys stuff as well.

In other words, we screamed our heads off.

And, in addition to our super fantastic seats, we got to pimp this bad boy all the way to Philips (and The Varsity): 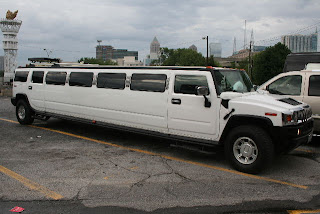 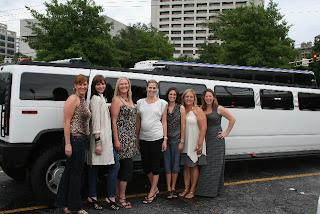 To say we're super cool would be an understatement. 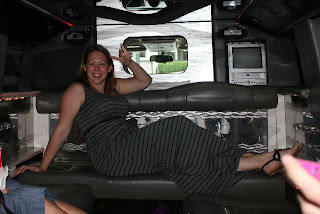 We've most definitely got the right stuff.
Posted by Heather Haynes at 4:54 PM