Birthdays are a big deal around here, and Harris' latest was no exception.  Ben, Harris, Babe, and I started the morning with the traditional birthday balloons (Harris found five at his seat this year!!!!) and a special birthday breakfast of powdered donuts (Harry's choice). 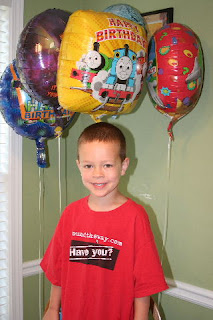 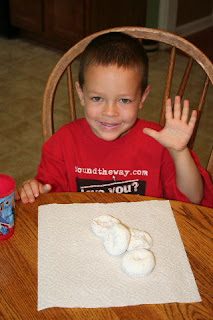 While Ben headed off to work, the kiddos and I headed out to meet Auntie at the mall, where we caught the $1 showing of "Despicable Me" and took a ride on the "birthday train."  The "birthday train," by the way, is another one of Harris' birthday traditions.  My sweet boy thinks that you can only ride the little train inside the mall on your birthday.  I'm not ready to tell him otherwise. 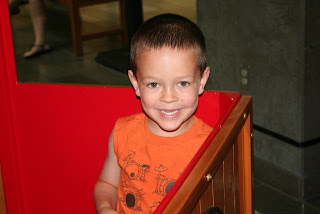 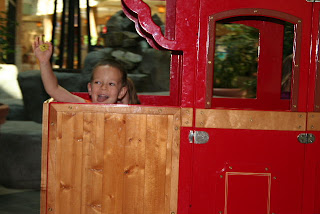 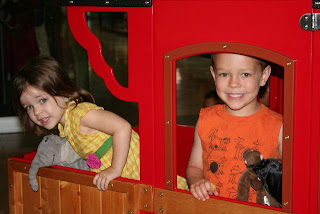 After the very special train ride, Harry chose to have lunch at none other than the Big M.  Thankfully, "Big M" has given us the Rolo McFlurry, so there were no complaints from me. 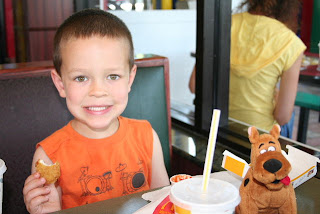 After lunch, we said goodbye to Auntie and headed home for a much needed nap before the real birthday celebration started up at Chick-fil-A.

Ben made Harris' birthday cake exactly to his specifications, and we were so excited to share it with the family on Tuesday night. 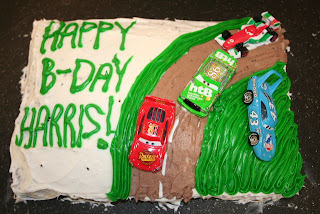 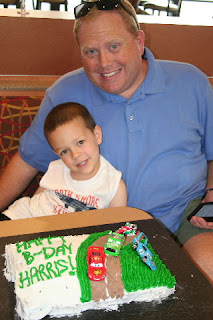 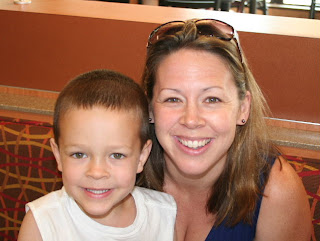 After dinner, Harris tore into his gifts.  Granti brought him a very cool, very loud xylophone, Babe picked out a "Francesco" car (something from the highly anticipated Cars 2 movie), Auntie and Double Ben brought a Lego Mack truck (again with the Cars theme), and Ben and I gave our sweet boy a Lego car wash set (also from Cars 2).  He couldn't have been more thrilled. 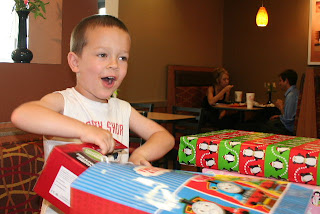 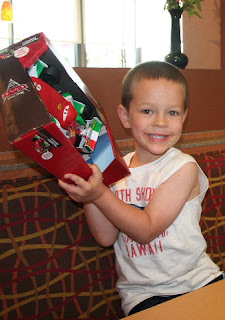 After gifts, we sang and put a serious hurting on the cake.  We like cake. 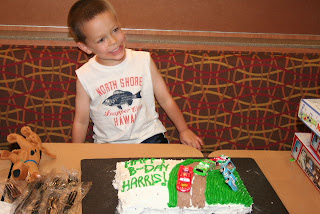 We finished up the evening on the playground and with a few quick pictures in the parking lot. 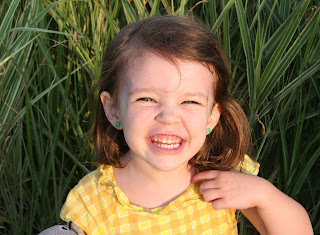 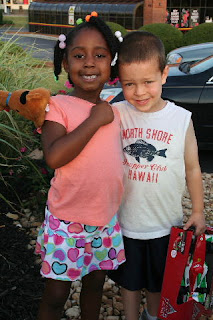 Man, I love that kid.
Posted by Heather Haynes at 7:21 AM