It's hot outside, which can only mean one thing:  it's time for soccer!  Harris and Hadley have been beside themselves excited for the last few days and (for the most part) had a great time kicking the ball around last night. 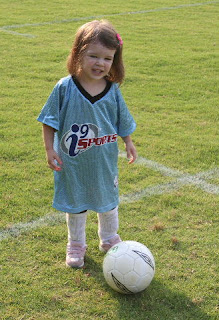 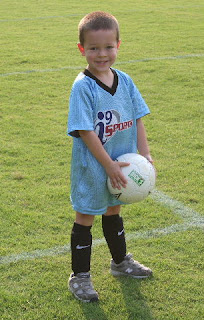 We've got a great little team in The Meddlers, and, for the second season in a row, two fantastic coaches.  We're slightly bummed that Coach Britton and Quinn didn't return for a second season, but are super proud of Coach Shane for filling in the gap.  Just look at this team warming up! 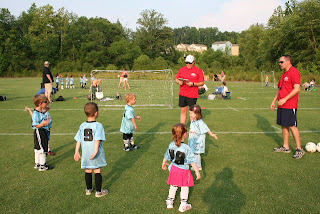 Just like t-ball, it's been incredible to see what a difference a year makes.  Harris ran his little heart out last night and came really, really close to scoring a couple of goals.  We had a few tears toward the very end, but I can't say that I blame him.  Did I mention it was hot?!?! 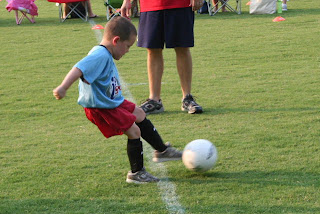 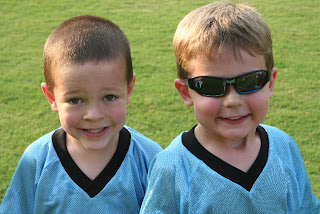 Homegirl had a pretty good showing herself.  She is, of course, in love with her shin guards, and enjoys kicking the ball into the net as well.  She got a little confused when it was her turn to throw the ball in; she couldn't figure out why everyone else was kicking it away from her and got a little upset, but I'm expecting big things from her this season. 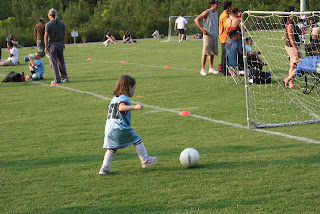 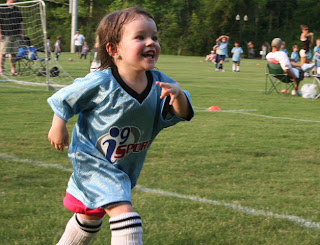 It was a great start to the beginning of a very hot season.

And by hot, of course, I'm referring to the heat.  Just in case you were confused by the following picture. 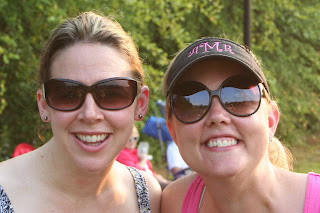 Posted by Heather Haynes at 1:24 PM