A couple of weeks ago (probably more like three), we made our annual trip to the county fair.  I really can't explain to you what it is about the fair that causes me to work it into my budget every September, plan out the perfect afternoon for us to make the trip over, and be willing to keep my kids up a little bit later than normal on a school night, but I'm hooked.  And so is the rest of my family. :) 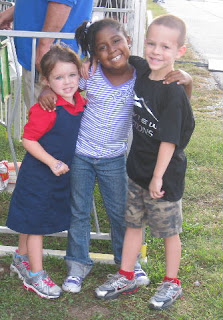 We ended up meeting Granti, Auntie, DB, Cody, Mo, Raven, and Sam for opening (and cheap hand stamp) night.  We spent the early part of the evening in Kiddie Land. 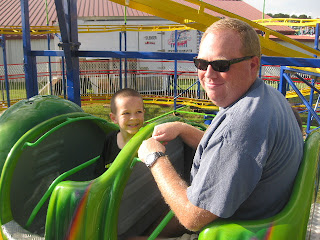 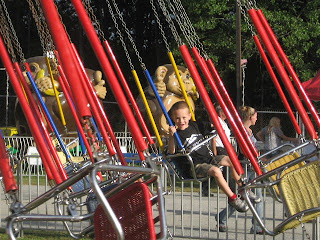 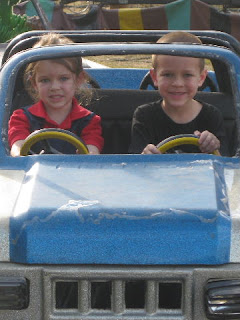 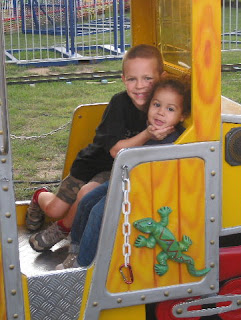 Of course, my pregnant self had to sit out on the hand stamp yet again this year, so Ben lucked out and got to ride quite a bit. 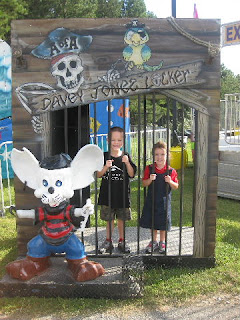 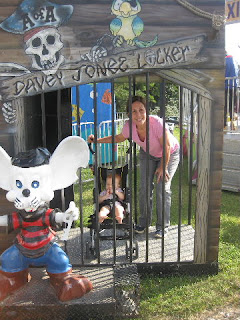 My pregnant self did, however, fit in well at the fair.  Especially with Emmy on my hip. :) 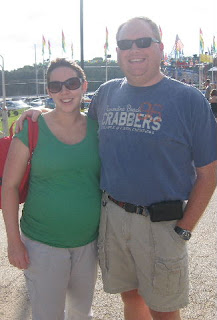 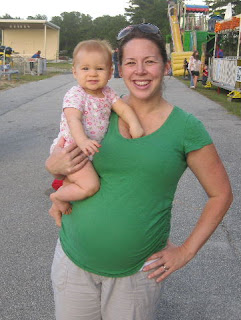 After riding everything (that was working) in Kiddie Land, we headed to the 4-H petting zoo.  In addition to the animals and the free milk, the kids also scored some super cool balloon hats. 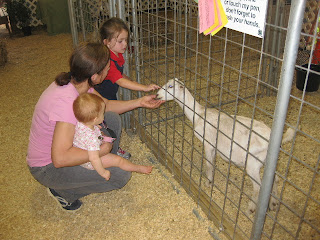 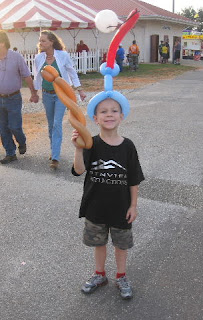 And then we made the transition over to the big fair.  Harris had a blast!  He's tall enough to ride just about everything and believe it or not, the kid's a dare devil. 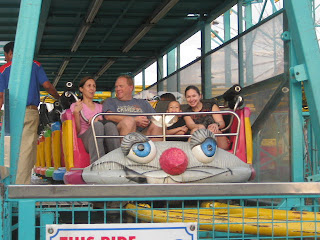 He and Auntie had a blast on the Crazy Mouse.  They even rode twice!  Ben and Granti...not so much.  In fact, I'm quite certain Ben's squeals could be heard across the entire fairground.  Easily the highlight of the evening for me.

Both kids enjoyed multiple fun houses, the house of mirrors, and the ferris wheel.  Harry rode the big, yellow sack-race slide over and over and over again, while Babe was compensated for being too short by being taken to see "Mermaid Girl" with Granti.  I think Granti was a little disappointed.

Emmy, bless her heart, just gave up and went to sleep. 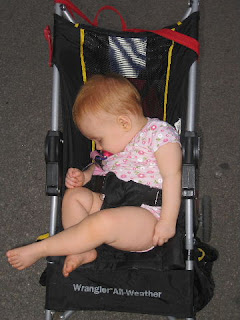 The kids ended the night with a ride on the Frog Hopper.  I'm pretty sure that's becoming a tradition. 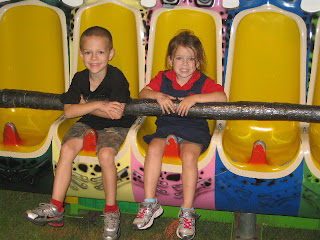 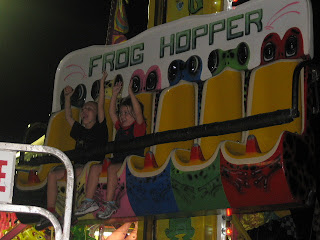 Until next year, fair...you better believe we'll be back! 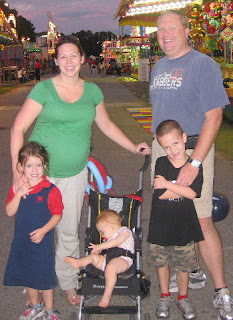 Posted by Heather Haynes at 6:24 PM