How 'Bout Them Dawgs!

While I haven't taken too many pictures of the last couple of Georgia games (Tennessee and Vanderbilt), I managed to take enough for the rest of the season a few weeks ago when Florida Atlantic was in town.  We headed down to Athens late in the afternoon to enjoy tailgating with quite a few of our friends.  Auntie and DB even made the trip with us! 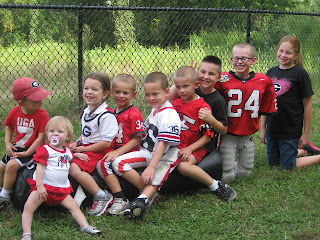 The kids always have such fun playing before games.  Football is, of course, a favorite game, but they've also been known to play Star Wars, go on "nature walks," and eat donuts by the handful.  And you can rest assured that at some point during the day, Hadley's going to steal a little hug from Walker.  In fact, she told us during lunch a couple of weeks ago that she was, "falling in love with Walker."  Lord, help us. 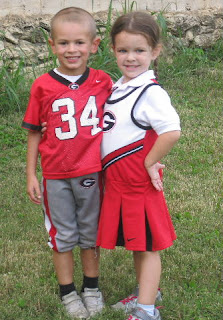 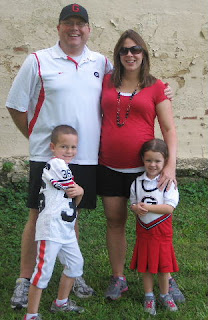 We made it into the stadium fairly early, even after stopping in The Letterman's Club for a bathroom break. 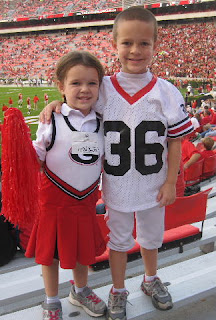 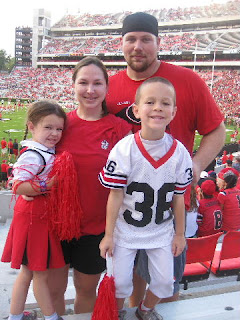 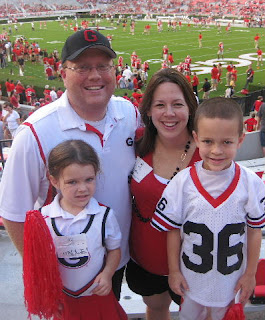 The game was such a blast, especially since we beat The Owls by quite a few touchdowns. :)  The kids love cheering, yelling, and listening to the band.  They also like the cotton candy.  Harris' favorite parts of the game are when the big screen says, "make some noise!" and "gooooooo dawgs!"  Hadley loves the dancers.

In fact, because it was Letterman's Day, we got to make the trip down to the field at halftime.  My sweet girl was in heaven after getting her picture made with a G-Dawg "twon twirler."  We even printed that bad boy out so she could take it to school.  That girl is IN LOVE with the dancers and twirlers in the band. 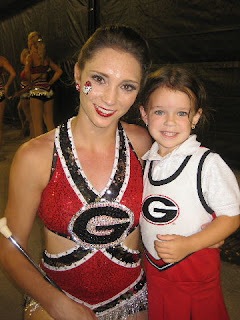 As usual, the kids had a blast on the field. 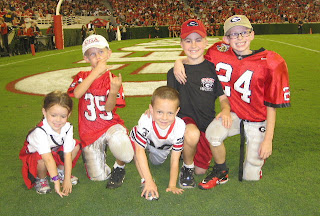 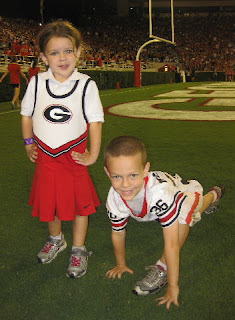 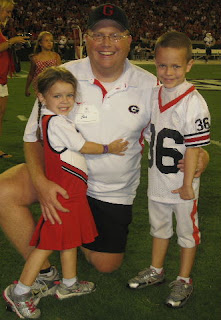 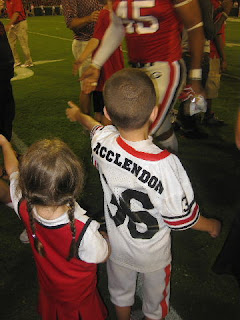 And, once we made it back to our seats, Babe spent the second half pretending that she herself was a "twon twirler" and that we were all dying to have our picture taken with her.  That girl is awesome. 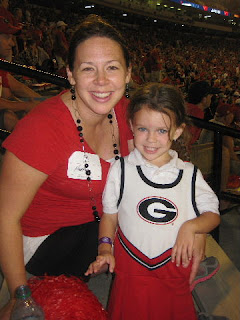 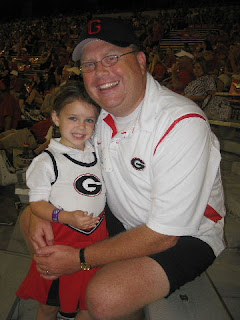 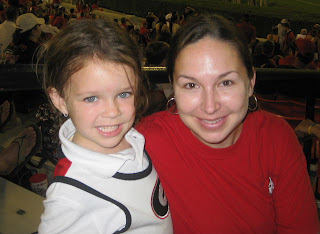 We couldn't have asked for better behaved, more engaged kids.  Especially for their first night game.  In fact, when we finally made it home and I put Harris in the bed, he woke up just long enough to say, "Man, we rocked them tonight."

I love sharing football season as a family.

Posted by Heather Haynes at 6:44 PM