She was Tiana.  And, in case you can't tell, I'm quite certain she thought the celebration was for her. 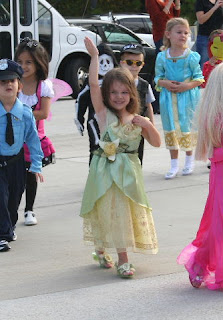 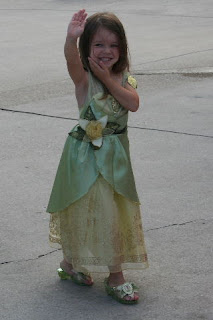 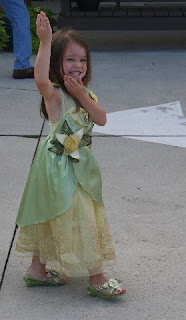 From the second her foot hit the pavement, she was waving.  The entire time.  Who taught her that?!?!?? 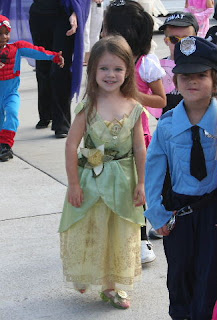 I love that kid.  Ben and I had such fun watching her. 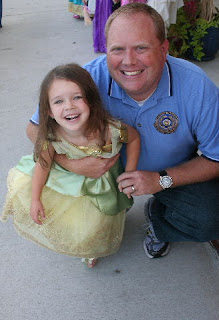 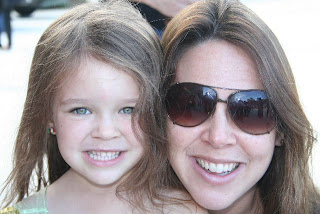 Ben went to speak to her class a couple of weeks ago for "Community Helpers" day (or something like that).  While there, he learned that Hadley has evidently told all her friends that Ben and me are "grumpy bears."  It was so funny to hear all the little kids refer to Ben as "Grumpy Bear" today.  It couldn't be further from the truth! 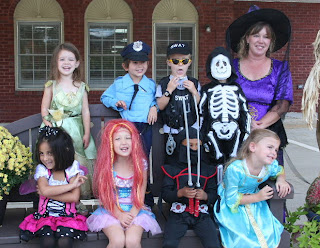 After the parade, we were treated to a surprise concert.  Homegirl, of course, ate up the attention. 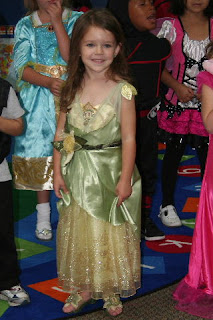 We were also able to stay for the beginning of the party games before having to head back to work.  Babe thought "bopping" for donuts was crazy!  It was hysterical to watch.  I'm thinking about having a family game night and playing this again. 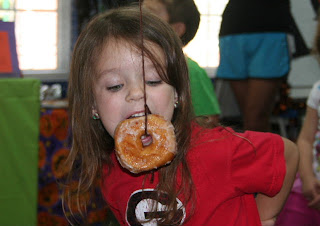 Her favorite part of the party, however, was the fact that "daddy came home."  Ben's been in Columbus all week working on his Masters and surprised Hadley by coming to Primrose today.  She was beyond thrilled.

I can't think of a better way to spend a Friday morning!
Posted by Heather Haynes at 5:33 PM