We shook things up a little bit on Thursday and decided to head over to Fort Clinch in the morning.  The Fort, as we call it, is actually a pretty cool place...it just tends to be really, really hot, so it's not always high on everyone's (Auntie's) favorites list.  There was a fantastic breeze on Thursday morning, though, so the trip really wasn't too bad.  The kids had a great time running around and the adults (mostly Ben) enjoyed catching up on our civil war history. 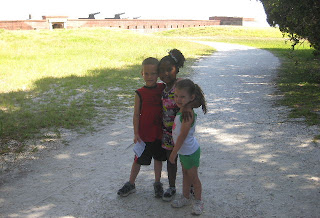 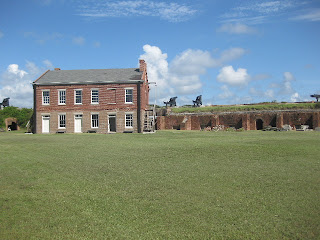 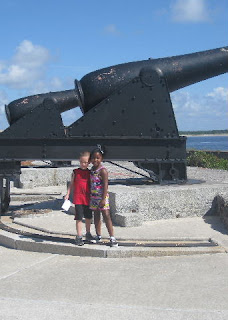 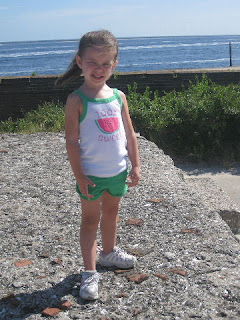 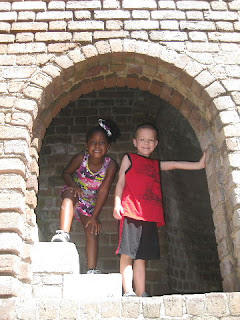 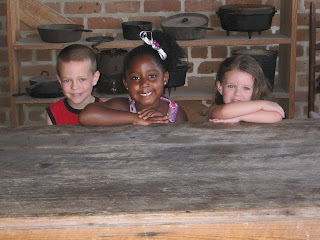 The views at The Fort are absolutely beautiful.  It's also a lot of fun to walk through all the tunnels and up and down all the stairs and just simply explore and imagine life as a solider back in 1864.  It's pretty amazing stuff. 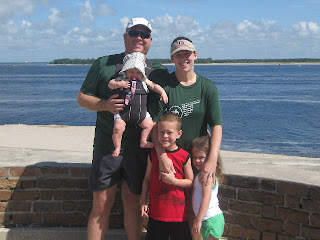 There are always a couple of guys dressed up as soliders, acting as if they were living back in the day, but one of the fellows this trip took a liking to Granti and ended up taking us on a personal tour of The Fort.  He gave us a "pass" so we'd be able to leave the grounds, told us all about the secret passwords we would need to communicate with the guards, and explained all about the laundry room and jail cells and kitchen and the roles of women and all kinds of other stuff... 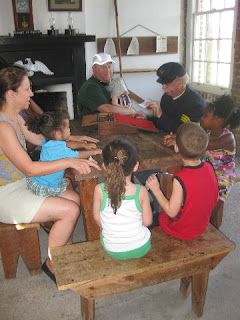 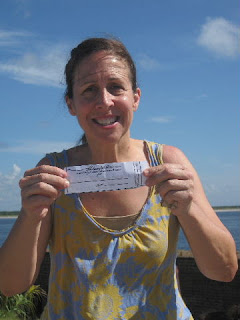 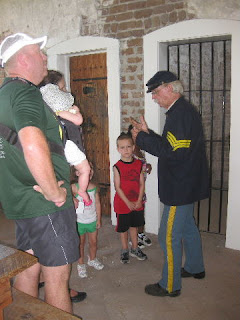 Because we accidentally left sweet Emmy's hat at the condo, we ended up finding her an authentic civil war bonnet in the gift shop.  We referred to her by her full name, Emmeline, for the rest of the morning. 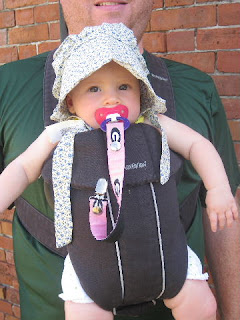 She would have been a cute little 1864 baby!

After our tour of the fort, Ben, the kids, Granti, and me headed to lunch at Sandy Bottoms before returning to the condo for our afternoon naps. 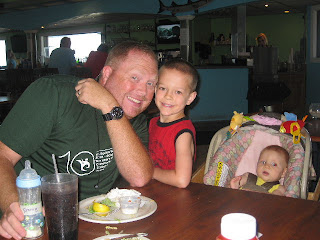 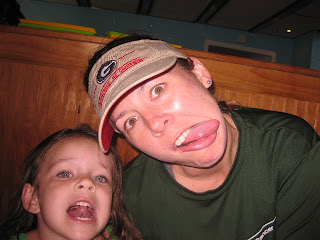 And after nap, we headed to the pool. 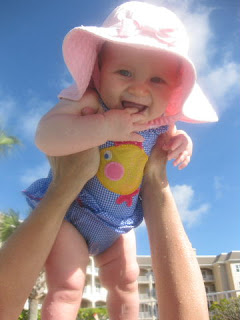 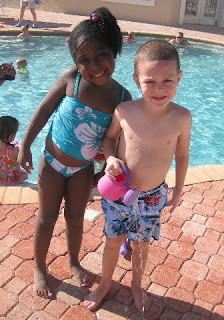 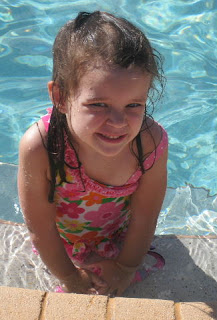 Ben and Granti both rode their bikes back through Fort Clinch (the park backs up directly to our condo), but once Daddy made it back to the pool, Babe decided "being thrown" was tons of fun! 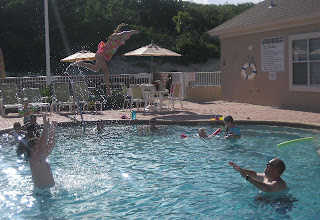 We came in for dinner after playing for a couple of hours.  We were too lazy to cook, so we ordered Pizza Hut.  Everybody likes Pizza Hut. 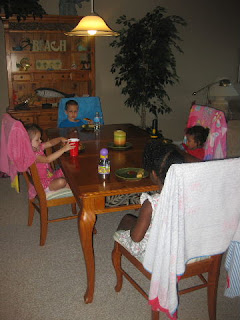 And then we headed to the beach.  It was great...not too hot and just windy enough to get our kites flying nice and high! 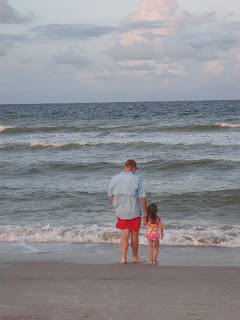 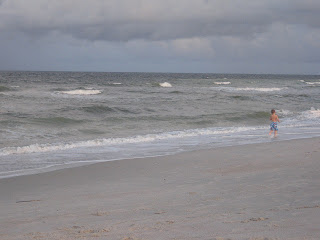 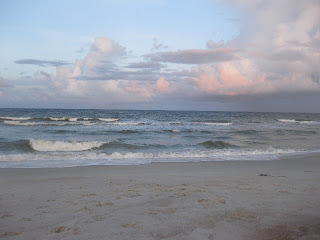 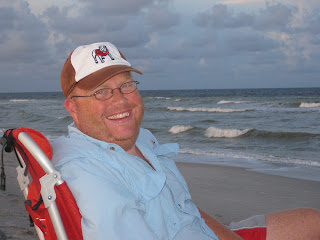 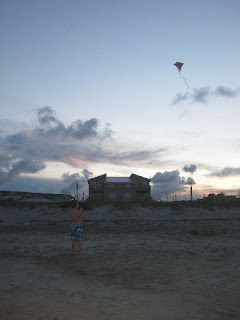 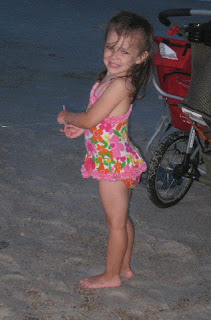 And, once the sun went down, we were already in place to hunt crabs!

A great ending to a great day...everyone slept well!
Posted by Heather Haynes at 5:11 AM