I'm sure we were up early. :)  The kids were stoked to get moving, so, after breakfast, we suited up, packed up, and headed to the beach. 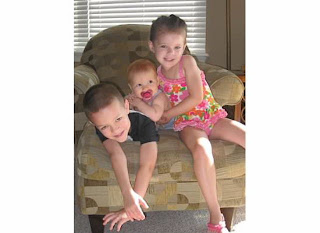 Thankfully, the garage at the condo we always rent is packed with bicycles, sand toys, beach chairs, and a rolling cart to tote things back and forth to the beach.  Between the cart and the double jogging stroller we brought, we were good to go! 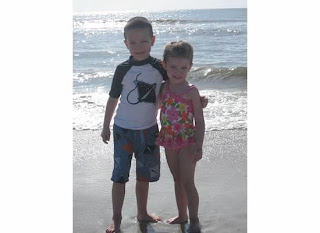 Sweet Emmy wasn't a big fan of the beach at the beginning.  She's at a weird age...she likes to squirm and roll and move around, so we can't just lay her on a towel and leave her, but she's also not a super awesome independent sitter yet, so a wading pool isn't really an option for her. 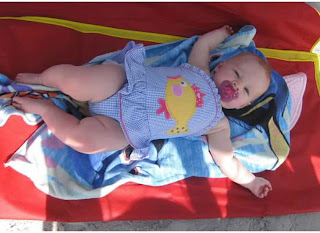 She also has such fair skin that keeping her out of the sun as much as possible is high on my priority list.  It's a good thing she's cute and chunky in her swimsuits, cause she can be high maintenance!

The big kids had a BLAST.  Babe loves pretending like she's Ariel and has even convinced Granti to play the part of a "nice Ursula." 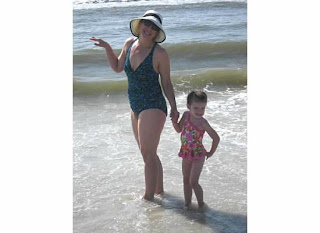 Both kids are also fans of heading out into the "soft softies" (out past where the waves break) and spend most of their beach time convincing some adult to take them out there. 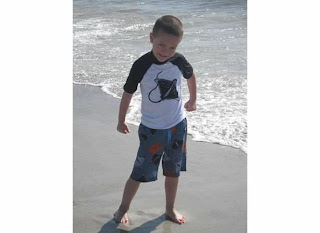 I ended up bringing Emmy in a little early and when the rest of the family was all beached out, we met up and headed to the pool.

We jumped, swam, and cannonballed for about an hour.  Emmy Doe got her first real taste of a pool and absolutely loved it.  She's a big fan of sticking her face in and lapping the water like a dog.  Ben thinks it's cute.  I think it's gross.  She just smiles. 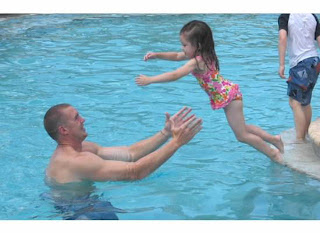 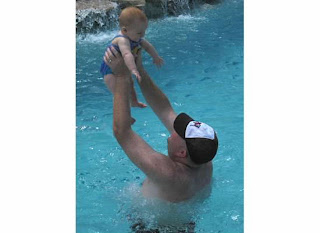 When we were tired of swimming, we came in, ate lunch, and napped before getting ready for dinner.  Paige Cassady even hooked Hadley up with a "fish-tail braid."  Homegirl was beyond excited. 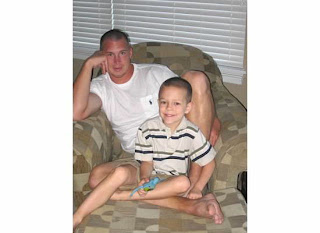 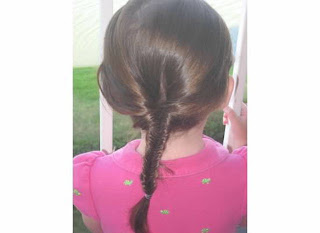 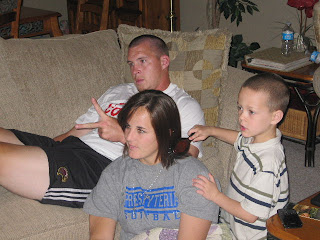 We headed over to Cedar River Seafood for dinner because, thanks to Ben's phone call last week, we knew that Monday nights were all you can eat shrimp. 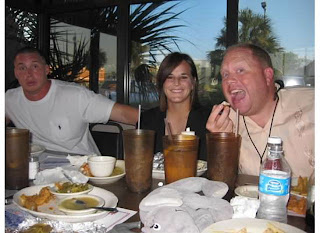 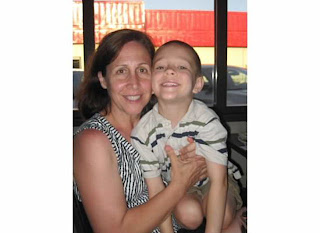 The shrimp was good.  The service sucked.  I think it literally took us three hours to eat.  Thankfully, the company was excellent. 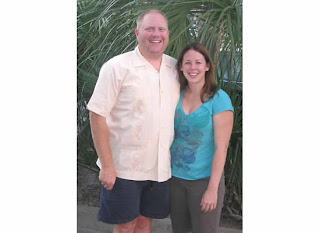 After dinner, we made another trip to Publix for dessert and then came back to the condo.  Daddy put Em Nut to bed while Granti, Tyler, Paige, the big kids, and myself headed out to the beach to hunt for ghost crabs.

According to Harris, we found ten. 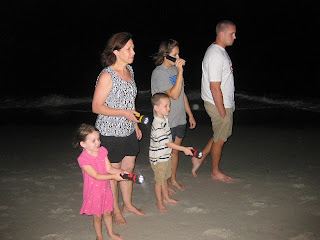 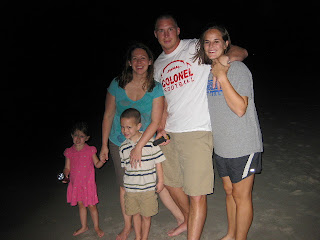 It was a great ending to our first full day at the beach.

We love this place!!
Posted by Heather Haynes at 5:58 AM