I am so glad we decided to go to the beach this year.  We debated:  after all, we did the cruise in May and Ben, with his new job, doesn't have a ton of vacation days saved up.  In the end, though, we agreed to shorten our length of stay (boo!) and make the trek down after all (yay!).  It was so worth it.

We loaded up and pulled out right after lunch on Wednesday.  Auntie, DB, and Granti followed right behind Big Red (our van).  We had a goal of making it to Barbara Jean's for dinner (DB's only request!) so we made our one and only stop at the "Animal Exit" to get gas, feed the animals, and nurse Thatch.

Because I was nursing Buddy, I handed my camera over to the men to get some shots of the kids in the petting zoo.  Emmy was the only one who got any camera love. 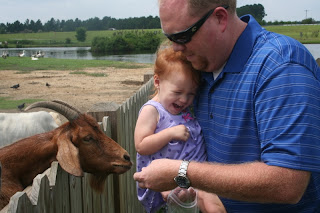 I made sure to get shots of everyone before we left, though.  Nothing screams "we're from out of town" like family pictures at the gas station. 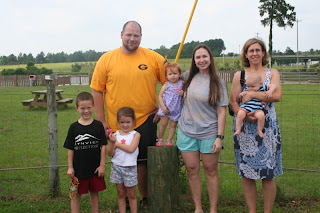 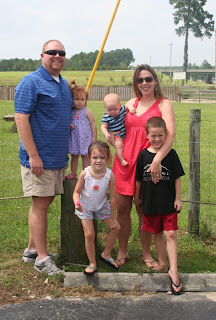 The kids were great on the drive down.  Their Leap Pads tend to keep them occupied during long drives and this trip was no different.  We pulled onto Amelia Island and into Barbara Jean's right around 6:00.  Not too shabby, if you ask me!

The kids (and DB) were HUGE fans of the pumpkin bread. 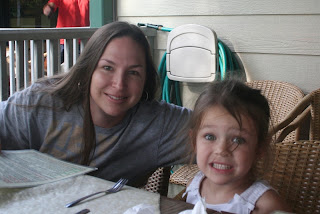 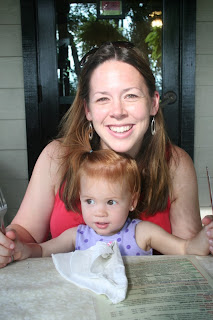 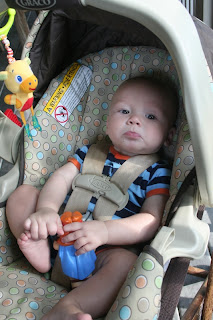 I was simply stoked to not have to monitor my seafood intake.  I love Fernandina Beach all the time but it's especially fun to be there and not be pregnant! :) 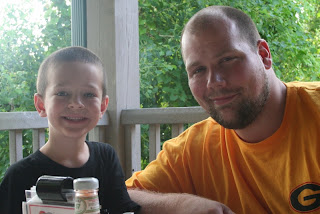 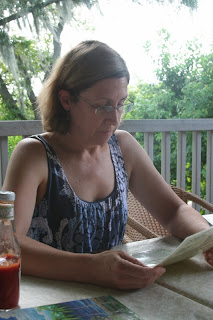 The sad news this time around, though, is that the flash on my camera quit working. :(  I did my best to get creative shots using natural light but not everything turned out.  Oh, well.  Hopefully the images in my head will last a lot longer!

After dinner, we ventured over to see the alligators.  There were two small babies swimming around and we had a great time feeding them some of our leftover dinner.  Ben met a local man who told us all about a greenway with some great spots for viewing gators; Granti and the Bens visited the spot later in the week. 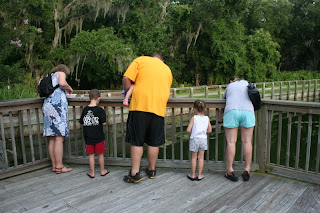 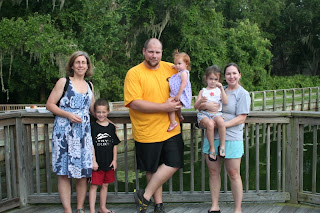 We stopped by Publix to pick up a few essentials before making our way to the condo.  Once we unpacked and got settled, we made a quick "night" trip to the beach to do a little ghost crab hunting.  We weren't too successful in finding crabs but had a great time splashing around in the waves before calling it a night.

That is, of course, after breaking out some dessert and watching a little television.  It was vacation, after all...
Posted by Heather Haynes at 12:06 PM