Buddy had his first taste of rice cereal last Saturday morning.  I haven't really been in a hurry to give him anything...he's such an easy baby and I love, love, love the ease of nursing (I haven't pumped--and haven't missed it!--all summer) that I hated to add something else to our already busy days!  He'll be six months old in just a couple of days, though, and our next two weeks involve a trip to the beach and the start of the school year, so I figured last Saturday was as good a time as any. 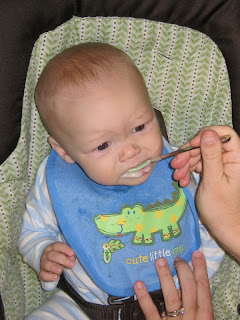 He was a little unsure at first but didn't really protest or complain.  He mostly just wanted to get his hands on the spoon. :)

I honestly wasn't expecting too big of a reaction from him.  I mix his cereal with frozen breast milk so I can't imagine the taste is much different than what he's used to. 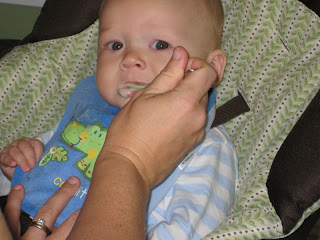 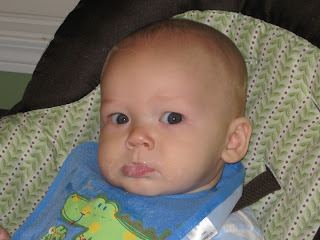 Last Saturday morning was also his first time in the high chair.  We have a small seat that hooks directly onto our table that Emmy has been sitting in off and on for the last few months and as of last weekend she has moved into that seat full time.  Buddy now takes his place with the other kids at the table for breakfast. Babe and Harry love watching him eat... 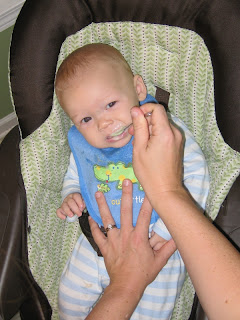 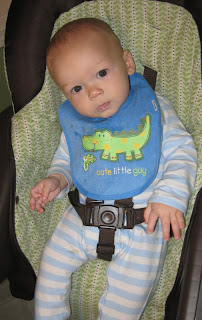 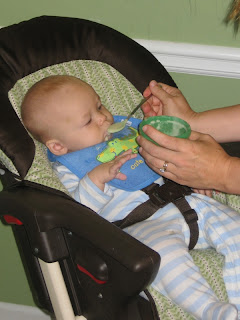 I'm thinking I'll add another kind of cereal (oat, probably) this coming week and offer solids at both breakfast and dinner.  After that, who knows?!?!?  Actually, I do.  We'll start with vegetables.  I just haven't really decided when yet...I still need some kind of a plan here, people. 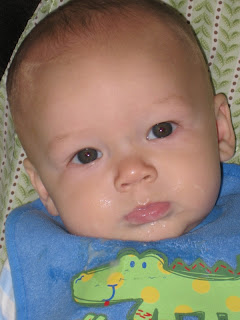 Anyway, so far, so good with the cereal.  He had his first big poop today (so it took just about a week for his little belly to get used to the small amount of cereal he's been getting) and I was abruptly reminded how quickly that stuff starts to stink once food is introduced to those sweet little systems! 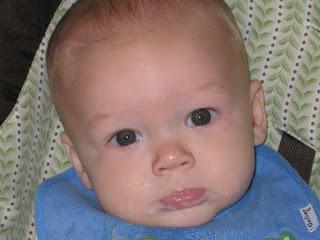 And that baby boy of mine, he is most definitely sweet.  Seriously...I can't get enough.
Posted by Heather Haynes at 2:04 PM