You Could Call It Child Cruelty...

...but we just call it visiting Santa. 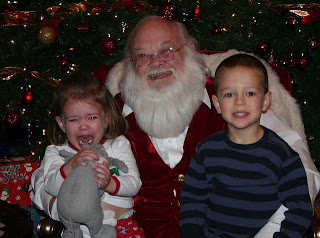 It's pretty safe to say that Babe is still not a fan of the Big Man.  We won't be visiting him again this year...mostly because now that I've gotten my photo, I really don't have a need to put her through that kind of torture, but also because I don't want to take a chance on having Harris change anything on his wish list.  I'm done shopping.
Before you judge me, know that the tears didn't last long.  We quickly moved on to the Elf Workshop, where the kids were able to make ornaments for our tree, and the dreaded Santa experience was forgotten. 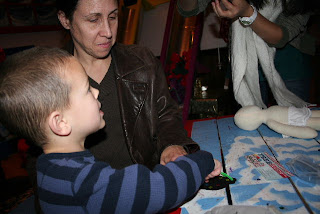 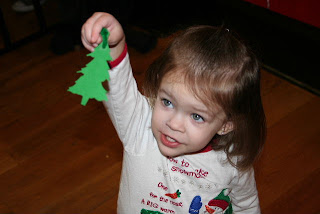 ﻿﻿
Santa did tell Harris, just before BeBe lost it, that he knows our "Elf on the Shelf," Herman.  Santa said that Herman has been telling him what a silly, funny boy Harris is.  The look on Harris' face was priceless!  We have had tons of fun with Herman this season...but that's another post for another day.
After completing our crafts, we headed outside to peruse the decorations before hitting up Wendy's to try their new homestyle fries.  (Which, by the way, are really pretty good.) 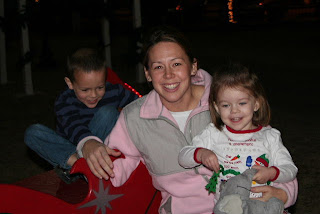 I didn't get the shot I wanted of the kiddos and me, but I was able to capture the following picture, so I left feeling pretty satisfied. 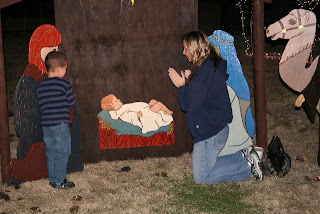