The Singin' and Dancin' Show.

While I'm not sure that was the official title, Harris was beside himself excited for "The Singin' and Dancin' Show" put on by his preschool class last week.  He was fabulous!!!

After enjoying our Christmas lunch, we were treated to three Christmas songs performed by fifteen of the cutest four-year-olds I've ever seen.  Harris sang every word.  Loudly.  I was so, so proud of him! 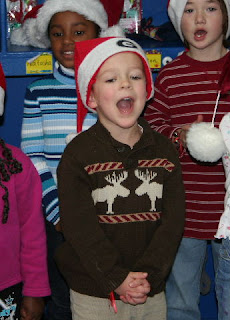 Hadley dug the singing, too, and even joined in on quite a few of the verses. 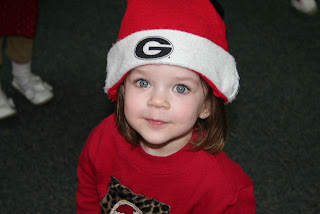 ﻿
Harris and his classmates participated in a book swap after their performance.  I absolutely love watching that kiddo interact with his friends.  He's become quite confident this year, and is even starting to become slightly bossy (I have no idea where he gets that from!). 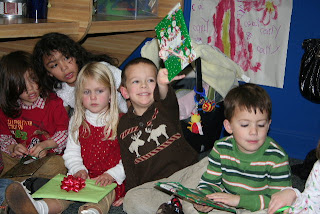 He was thrilled with his book, "Biscuit and the Baby."  I was blown away by the fact that HE CAN ACTUALLY READ IT.  I seriously had no idea he knew so many words. 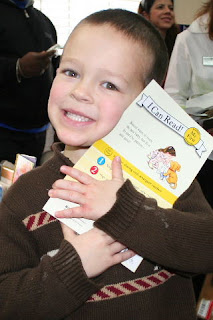 Oh, he melts my heart.
Posted by Heather Haynes at 7:44 PM