I have no idea why, but my sweet boy Harry can't pronounce the word "polar."  It always, always, always comes out of his mouth sounding something like "polargk," so that's what we rode this year. 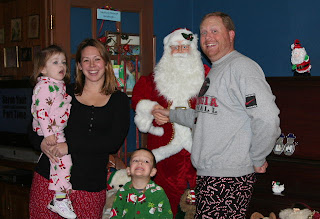 We headed up to Trenton about a week and a half ago to have dinner with Mimi and Poppa before heading over to the Tennesee Valley Railroad Authority to catch our ride to the North Pole.  The kids had an absolute blast, and I even managed to talk Ben into wearing his candy cane pajama pants just for fun!  There were tons of kids decked out in their pj's, but Ben and me were without a doubt the only adults dressed for the ride...but hey, when you're cool, you're cool.


And it was cold.  And snowy.  Our hour-long ride even got extended due to the fact that ice and snow built up on the track...and on our van, and in the parking lot, and on the roads...I'm very, very thankful for Ben's super awesome driving skills. 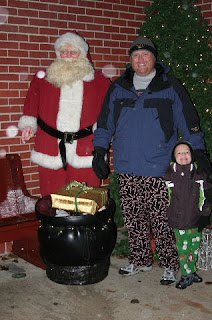 ﻿
While we waited to board the train, Harris and Babe really enjoyed watching the model trains running in one of the upstairs station rooms.  I'm pretty sure Ben did, too.  When I was uploading pictures, I found twenty or so that he took of the track! 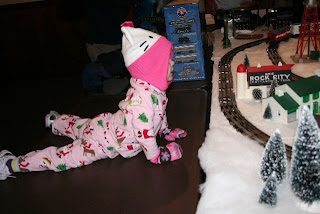 ﻿
Once on board, we settled into our seats to enjoy a reading of "The Polar Express" by Merry Winters, Christmas carols, and a special snack and "chocolate-y drink." 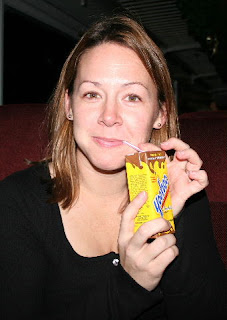 Yep.  Chef Thomas served lukewarm yoohoo.
Once we made it to the North Pole, we were able to see where Santa stores all the toys and we even got a glimpse of the house where our Elf on the Shelf, Herman, lives!  Santa boarded the train and brought everyone a jingle bell, and pretty soon we were headed back to Chattanooga. 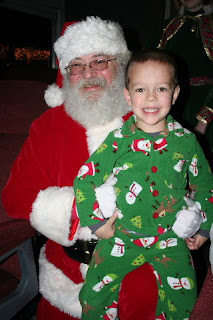 The conductor even came around on the return trip and made sure to punch everyone's ticket.  Hadley preferred the conductor and Chef Thomas, maker of the special chocolate-y drinks, to Santa Claus. 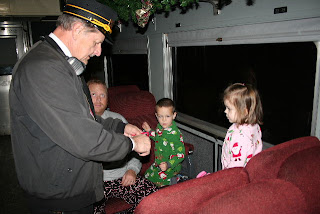 Ben preferred Merry Winters.  She might have liked him back if her reading had been intended to illicit laughs.  Thankfully we were seated near the rear of the car, so there's a small chance she didn't notice the man laughing uncontrollably at how the North Pole seemed to be portrayed in a slightly redneck way. 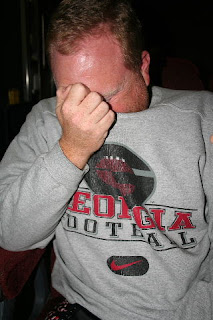 Just a small one, though.
Posted by Heather Haynes at 7:19 PM