We've eaten our first fried turkey of the season...and man, was it good. 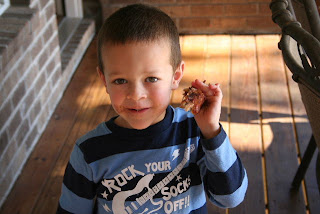 While The Babe is still a little unsure about turkey goodness, her big brother ate that stuff up like it was nobody's business.  Once he learned the tactful art of "grazing," there was no stopping this little guy.
In addition to eating, we spent a lot of time laughing, talking, and taking pictures. 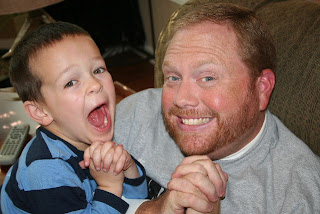 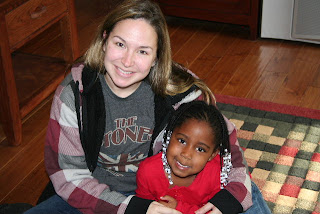 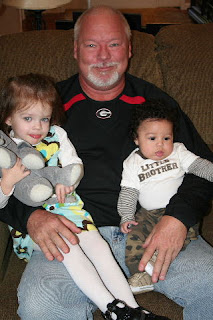 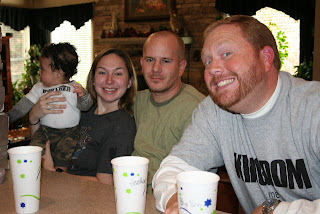 Dad and Cody took the cake on all three, though, when Dad decided to announce that he was thinking of asking Mom on a date.  C'mon, Babe... 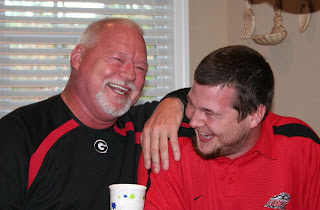 I almost peed in my pants.  Partly because of what Dad said, but mostly because Cody, in that moment, was the spitting image of Pop.
The kiddos spent quite a bit of time enjoying the absolutely beautiful (and warm) weather.  They began by playing some type of game involving guns and sticks out in the woods, but ended with jumping off the wall over and over and over again. 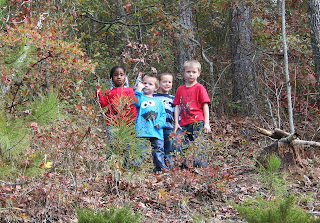 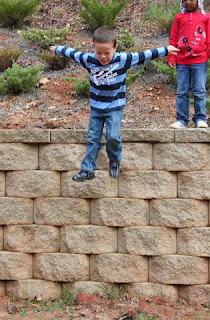 It started out with the adults simply coaching Harris and Raven on their jumping technique, but ended up as in all-out family affair. 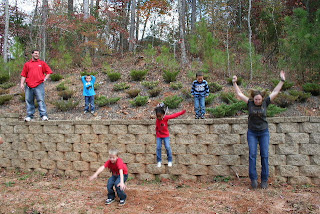 ﻿
We even got a little preview of Ben's upcoming political campaign!  Can Roy Barnes do this? 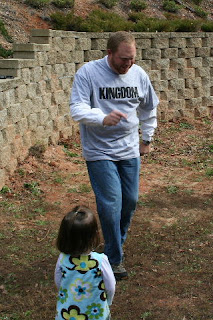 ﻿
﻿BeBe doesn't think so.
I think it's safe to say our holiday season has gotten off to a great start. 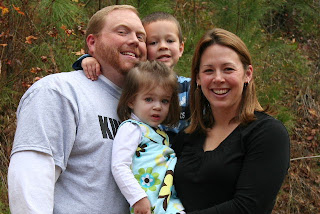 Can't wait to experience what's coming up next...