While Harris was super stoked about Halloween and all that it entailed, it took a little bit of creative coaching on our part to convince BeBe to put on her Snow White costume.  It was well worth the effort. 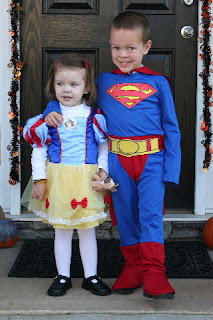 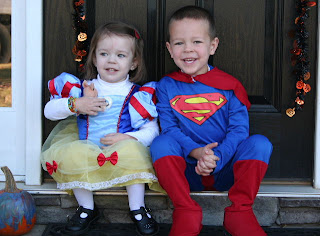 I really don't have any idea why she was so hesitant to wear her "beautiful" dress, other than the simple fact that we asked her to do it.  I think it's safe to say that following directions has not been her stong suit lately.  Once she was dressed, however, she LOVED pretending to be Snow White, and would quickly correct anyone (Daddy!) who teased her about being dressed up as someone else.  The conversation went something like this:
Ben:  "BeBe, you make a beautiful Cinderella."  BeBe:  "Nooooo.  I not Cinderella.  I Snow White."
Ben:  "BeBe, are you Ariel?"  BeBe:  "Nooooo.  I not Ariel.  I Snow White."
Ben:  "Babe, are you Beelzebub?"  Babe:  " I NOT BEELZEBUB!  I SNOW WHITE!"
It was quite comical.
This has been the first Halloween where Harris has really been able to anticipate trick-or-treating, and his excitement was contagious, especially because he knew all of his friends were headed over to canvass the neighborhood with him.﻿  He woke up from his "little nap" literally bouncing all over the walls, the sofas, and the coffee table, and as soon as Granti and Auntie pulled up, he was ready to "race" off some energy in the front yard.
We were so happy to have Granti, Auntie, Jay Jay, Britton, Kim, Quinn, Payton, Ty, Heather, Cooper, and Kelsey join us for the evening.  I rocked out the taco soup for dinner, but Cassidy was most excited about the spiderweb cupcakes Kim brought over. 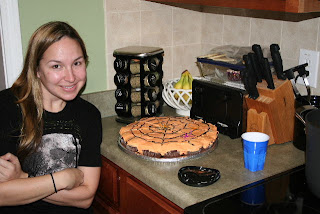 The kids were mostly in it for the candy. 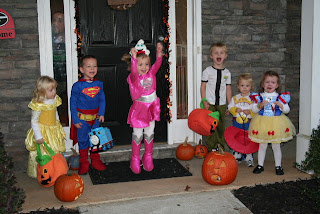 They tore up the neighborhood and moved as fast as their little legs would let them.  (Except for Hadley, who suckered Granti into carrying her in between houses.)  It was such fun to watch them run and laugh and yell "trick or treat" and use their manners and get excited over every single piece of candy placed in their bags. 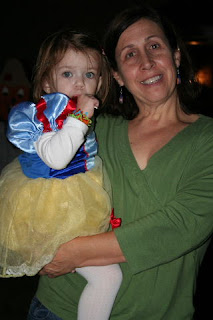 This guy (the sexy Guatemalan) followed us throughout the neighborhood, stopping to give us rides and scope out the scene whenever possible: 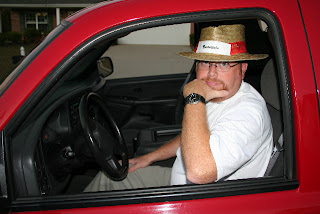 He traded vehicles halfway through the trip in order to have blue lights at his disposal, but before the move to the GBI Suburban, the kids totally dug climbing in and out of the back of Cagne, the big red truck. 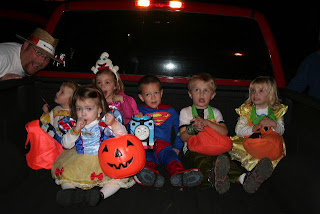 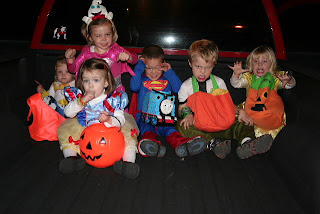 Harris and Hadley fell asleep easily and quickly last night, and Ben and I followed not too long after... 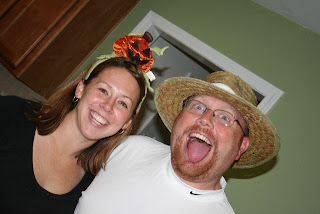 Halloween pretty much rocks.
Posted by Heather Haynes at 6:05 PM