As If It's Even Possible... 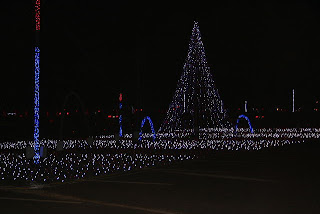 ﻿Or perhaps it's just my family that's headed in that direction... 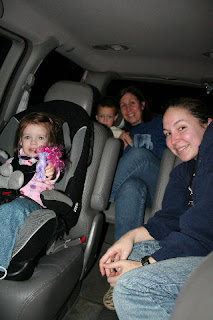 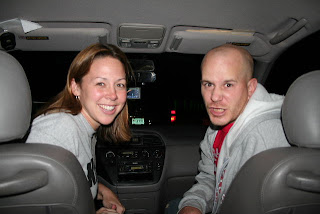 ﻿
﻿Either way, we had a great time cashing in our free coupon and riding through the "largest LED light show set to music in the surrounding area" or something like that.  Harris and Hadley found the entire experience to be completely awesome.  Harris, in fact, spent the majority of the time wiggling like crazy and busting a move to the holiday music in the back of the van.  When I asked him to settle down, he said, "I can't help it, Mommy.  I'm just so excited!" 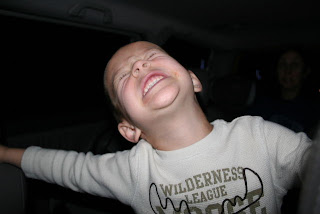 The highlight of the evening, though--by far--was when we parked Big Red and headed into Santa's Village the animal showing arena to visit Santa.  On our way to see the Big Guy, Harris noticed the "spider jump" station and was, for some reason, jonesing to get his bootie on the trampolines.

Auntie was nice enough to buy tickets for the kids, even though I had a few hesitations about my sweet boy and the "spider jump."  I honestly expected him to get to the front of the line and completely freak out, shed some tears, and cling his little body to mine.  NONE of that happened. 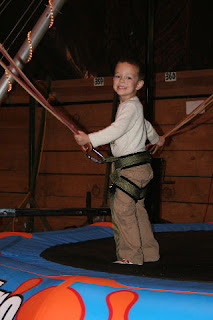 There was zero hesitation on his part.  Absolutely none.  My brave, confident kid climbed up on the trampoline, listened to the instructions, and let the "spider jump" man fling that four-year-old body high, high, high into the air.
He even did back flips.  Over and over and over again... 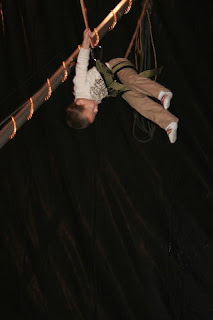 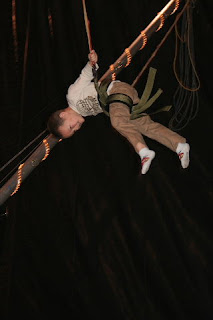 ﻿
We couldn't stop smiling.
Babe, on the other hand, had much more fun running back on forth on the carpet than she did actually playing in the moonwalk. 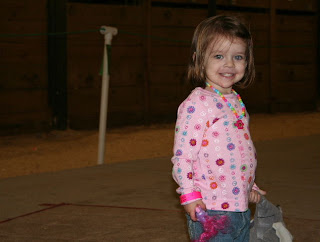 ﻿
She's cute no matter what she's doing, though.  Unfortunately, she knows it.
Even though Ben is adamantly opposed to celebrating Christmas before he's had an official Thanksgiving meal, I'm gonna go out on a limb and say the evening was a fantastic way to kickoff the season. 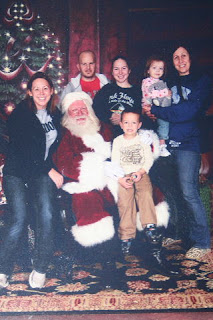 Especially because I thought Santa was going to fall out of his chair when we told him that Jay would like a picture with all his Sister Wives.  (I am, for the record, the trophy wife.)
Merry, Merry Christmas, y'all...
Posted by Heather Haynes at 6:01 PM