We finished up the rest of Thatcher's first week of life in a laid-back, stress-free, family-friendly kind of way.

DoDo came to meet Thatchy and spend the night with us on Friday.  The kids has a blast playing with her and Ben and I enjoyed introducing her to "Impractical Jokers." 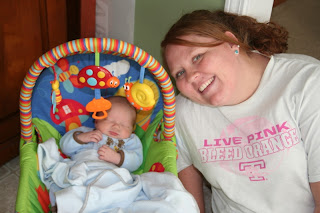 As DoDo was leaving on Saturday morning, Granti came by to take Harris and Hadley to her house for the afternoon, leaving Ben and me time to nap when Emmy slept and snuggle with our littlest ones before the big kids returned.  It also gave the big kids a chance to get out of the house for a little bit, which they much appreciated. 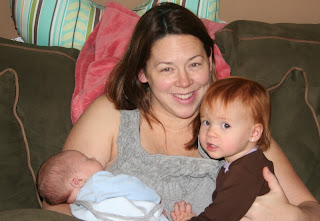 Thatcher and Norman spent some time getting to know each other, too. 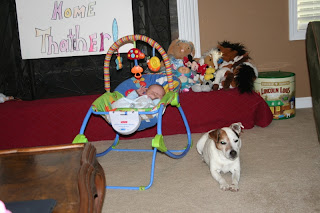 Granti, Babe, and Harry came back in time for dinner on Saturday (and Granti spent the night with us again!).  Because we had Granti's help, we decided to go ahead and give Thatcher his first "bath."  He wasn't a fan. 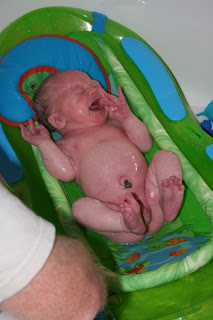 But the kids were HUGE fans of holding him once he was all wrapped and snuggly warm in his towel. :) 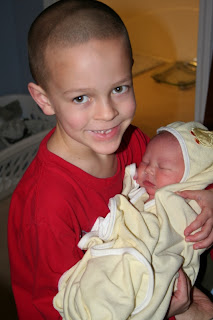 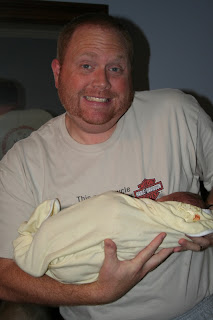 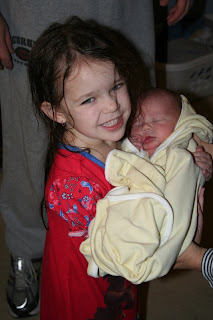 After his bath, Harris and Hadley hit the sack and we spent some time sharing "Impractical Jokers" with Mom before calling it a night ourselves.  Sweet Granti spent the night in Babe's bed (that Granti is a sucker!) and woke up to spend Sunday morning holding Thatcher and watching "Roseanne" while I slept on the couch and Ben took the older three to church.

Mom ended up heading home before Ben and the kids returned, leaving us on our own for real!  We spent Sunday afternoon napping and then made our traditional Sunday night "breakfast for dinner."  While Ben cooked, the kids had a great time playing around. :) 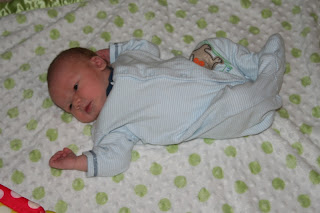 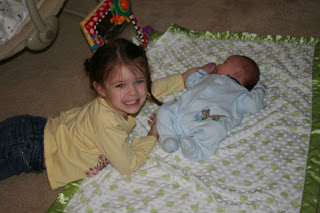 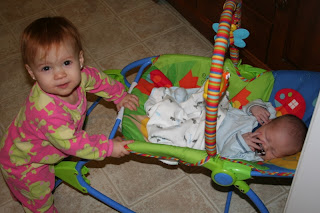 Babe and Emmy Doe had an especially fun night together... 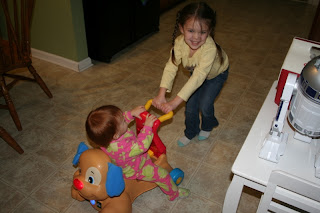 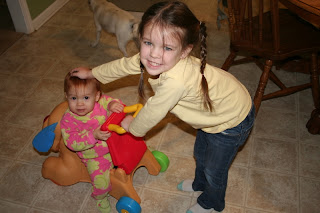 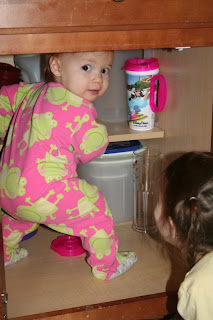 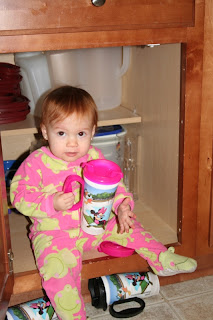 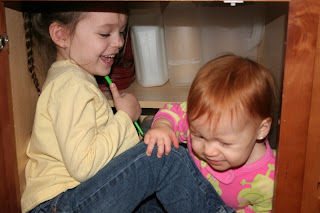 It was a crazy fun, crazy tiring, crazy crazy week.  And it's only the beginning... 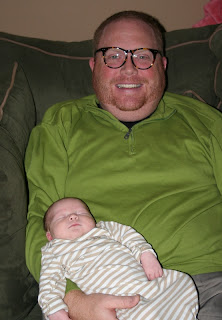 Posted by Heather Haynes at 5:40 PM