He lost his first tooth tonight. 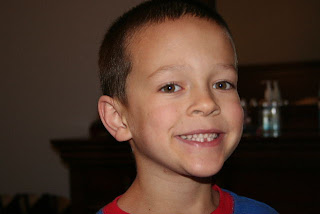 It's been loose forever...at least a month.  He was willing to let us touch it every once in a while, but really hadn't shown much interest in messing with it or pulling it out.

Tonight, though, he didn't have a choice. 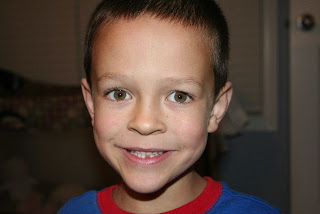 He was acting like a kangagroo on his way from the shower to his bedroom.  Evidently, he had his towel in his mouth.  He took a "kangaroo" hop and tripped on the bottom part of the towel.  When he landed, he knew right away that the tooth was ready to come out.  He yelled to us and we came running.  Ben volunteered to pull it for him, but Harris said he'd do it himself.  And he did. 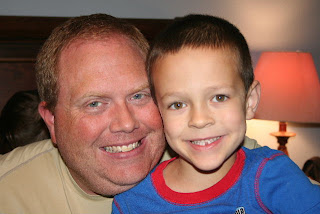 He is highly anticipating his visit from the tooth fairy.  I wrote her a note to ask if she'd let me keep his tooth.

I'm pretty sure she will.
Posted by Heather Haynes at 6:17 PM

Email ThisBlogThis!Share to TwitterShare to FacebookShare to Pinterest
Labels: Harris