To celebrate Election Day this year, we decided to head down to Phipps Plaza to check out the LegoLand Discovery Center.

The kids had an absolute blast!!! 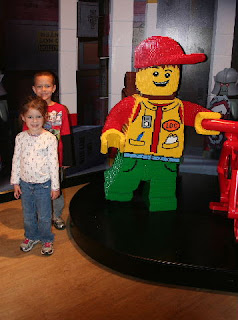 Ben and I both left with a headache. 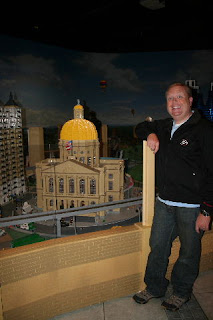 Because Election Day is a school holiday around these parts (the schools are used as polling places), I find that it's a GREAT time to check out some of the major attractions around the city.  Places that typically draw large crowds are rather slow on Election Day, and LegoLand helped prove my theory. 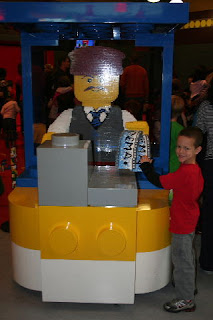 Even with the light(er) crowd, though, I still wasn't impressed.  The kids and Ben rode both the "rides," we watched the 4D movie and took a quick trip through the model city, and then the kids played in play area and built a couple of lego structures.  Babe actually enjoyed the toddler area the best. 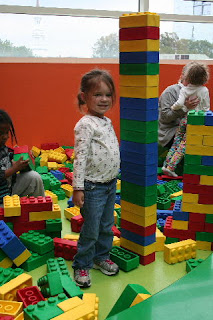 In my opinion, the website was a little deceiving.  And I am so, so thankful we scored tickets through our My Coke Rewards points...I can't imagine paying full price to visit. 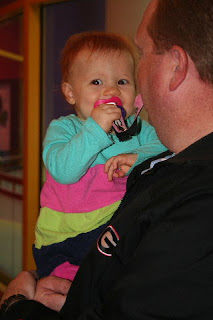 At least the kids had a good time.  They've already asked when we're going back.  So, if anyone out there is looking for a couple of kids to take down to LegoLand, I'll gladly volunteer mine. :)

At least I scored a visit to The Cheesecake Factory out of the day.

And had absolutely no wait to vote.

It really is the little things...
Posted by Heather Haynes at 6:07 PM