About a week ago, the PTA at Harris' school hosted their fall fundraiser, which happened to be a hoedown.  It was awesome!!! 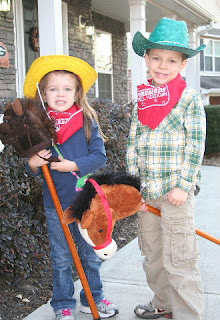 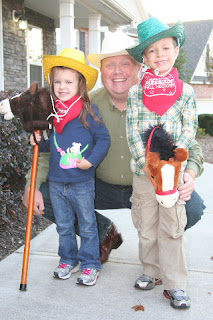 Kids could purchase cowboy hats and bandanas, a DJ played tons of great music in the decorated gym, Papa Jack's catered BBQ and a decent dessert table, and they even had pony rides! 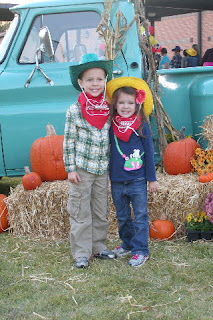 The kids had so much fun running around and yelling, "howdy, pardner" and calling Ben, "boss."  Speaking of Ben, he was asked to host the scarecrow auction (his auctioneer skills are becoming well known!) and did an awesome job. 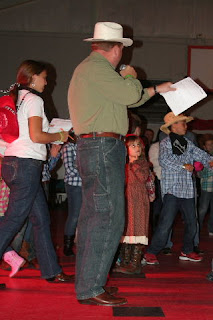 All the money raised is going toward the purchase of new playground equipment, so it was a pretty exciting night.

Hadley TORE IT UP on the dance floor and can't wait to participate in the "Kindergarten dance" next year.  Harris was a bit shy about dancing but loved running after his friends and playing pin-the-tail on the horse. 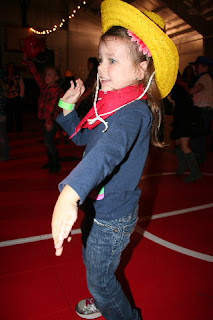 The pony rides were a big hit, too. 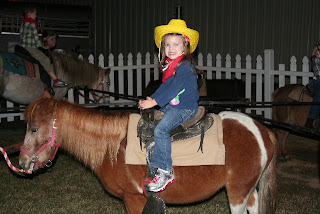 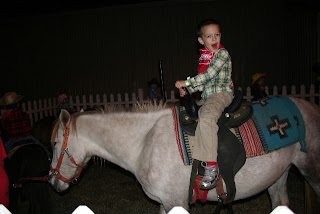 Sweet Emmy enjoyed the view from her stroller.  She really is such a laid back baby! 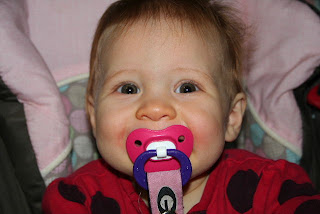 It was such a fun evening...and far exceeded our expectations!  We're already counting down the days until next year!
Posted by Heather Haynes at 2:20 PM