The big kids are obsessed with Rudolph and Clarice.

And so on Saturday, Ben and I took them on a fantastic family outing to the Center for Puppetry Arts to see the "Rudolph the Red Nosed Reindeer" puppet show.

In order to fully enjoy our special time with Harry and Babe, we chose to leave Emmy with her very first babysitter, Granti. 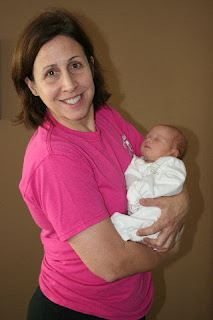 We treated the kids to lunch at The Varsity, which they both loved.  We're raising well-bred Georgians here, folks. 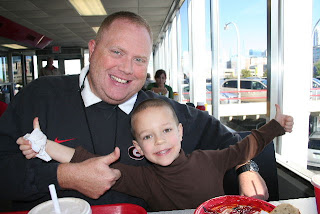 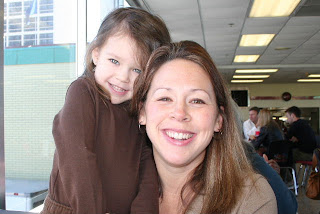 After lunch (we ate on the bridge!!!), we headed over to get ready for the main event.  If you've never visited the Center for Puppetry Arts, put it on your list.  We'll definitely be making another trip during the upcoming Summer o' Fun.

All the puppets are made onsite, and the great thing about this particular show is that that puppets were the spitting image of the claymation animals on the Rudolph television special.  The kids ate it up, and Ben and I were entertained as well.  The voices and songs are done live by the puppeteers, too, which adds an extra layer of coolness, and ticket prices include a trip through the Jim Henson Muppet museum and a build-your-own puppet craft. 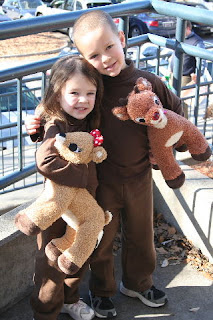 And yes, our kids brought their Rudolph and Clarice dolls and dressed in all brown in order to look like reindeer.

I told you they were obsessed.
Posted by Heather Haynes at 11:15 AM