For our last dinner as a family of four, the kiddos decided they'd like to try a little Japanese action, so we headed over to Kani House for some good food and good fun. 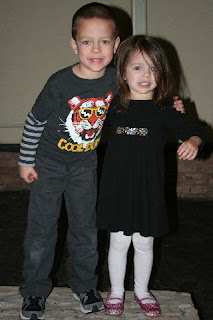 Overall, they had a great time.  Harris especially enjoyed the "show," and Babe laughed out loud when our chef flipped an egg into his hat.  Harry's favorite part was the "onion volcano," and I couldn't stop smiling at the fact that he ate his entire meal with chopsticks.  He even tried to eat his soup with chopsticks before we stopped him! 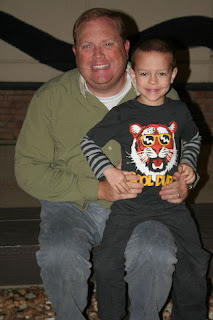 The only drawback to the evening was that every time a large fire was lit at any of the tables in the room, both of our children simultaneously broke into a high-pitched scream.  No tears or anything...just screaming.  Everyone in the restaurant got quite a kick out of it. :)

They ate like champs, though.  Hadley loved the broccoli and chicken, and Harris ate just about everything that was put on his plate...shrimp, chicken, veggies, soup.  It was awesome. 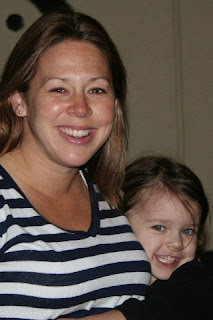 And so tomorrow is the big day.  Our plans include dropping the kiddos off at school and heading to the grocery store to load up on snacks before heading over to the hospital mid-morning.  Before we put the the kids in bed tonight, we took some time to once again go over the plan for tomorrow with Harry and Babe.

When I asked them where Granti was going to take them when she picked them up tomorrow, my sweet Harris responded with, "the hospital to see Emmy," while Babe said, "Walgreen's."