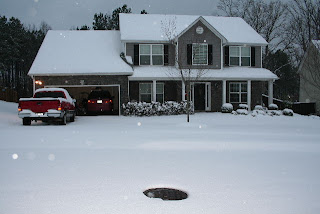 I wish I'd thought to have my video camera up and running when I told Harris to look out the window this morning.  He had no idea we were even expecting snow, so it was such a surprise to him to see the ground covered in white.  He immediately burst into song ("Frosty the Snowman") and ran to get the view from every window in the house.
We tiptoed downstairs without waking The Babe.  My goal was to get a few pictures of the house and yard. 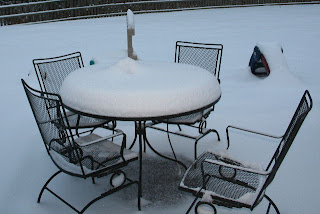 ﻿
Harris' goal was to eat snow. 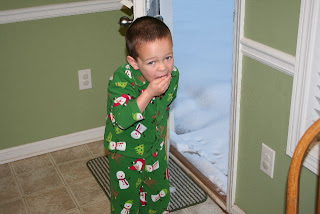 Unfortunately, Ben had to work the Inaugaration today, so he ended up having to report downtown last night in order to avoid the wintry weather this morning.  The three of us had to suit up to play without him. 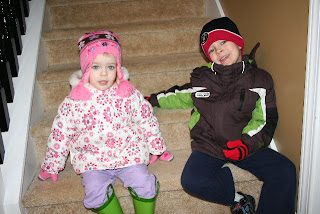 Harris, as expected, loved the snow.  He ran around the yard, made snow angels, and slid down the snow-covered slides. 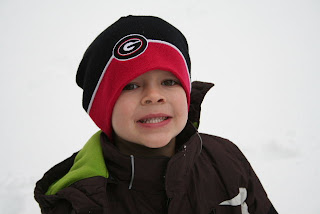 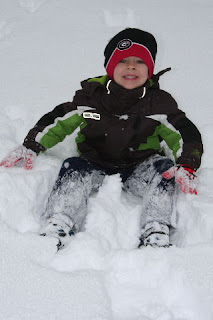 And Babe, as expected, completely freaked. 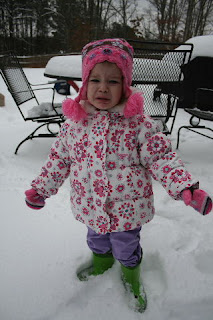 Especially when she realized her beloved froggy boots had snow on them. 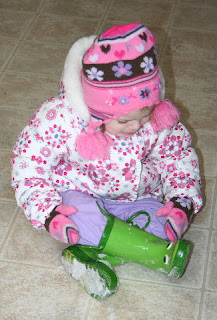 We made it about twenty minutes before calling it quits.  Harris decided he would wait for Daddy to help him build a snowman, which is fine with me...I made an attempt today before realizing that I don't actually know how to build one.  I'm a little ashamed to admit that.
We came inside, took a bubble bath to warm up, and have played non-stop:  beauty parlor, trains, wrestling, coloring, puzzles, and reading.  Harris and I even made some Jell-O for him to enjoy after "little nap!"
Speaking of nap, we're all about to head there now.
Snow days aren't so bad after all, even if they do have to be made up.
Posted by Heather Haynes at 9:43 AM