We needed to get out today.

I LOVE, LOVE, LOVE being home with the kiddos, but this not leaving home thing isn't really for me.

So...Kim and I packed up, suited up, and headed to the mall.  And forty-five minutes later, we arrived.

You would have thought the kids had never been to the mall before. 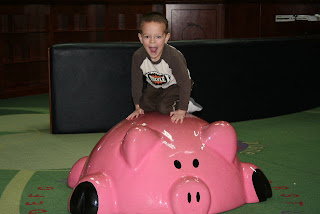 They had a blast running and jumping and climbing and playing, and we had a blast being out of the house. 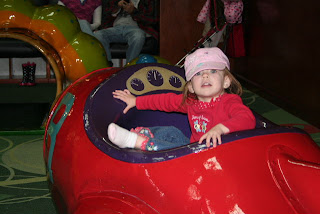 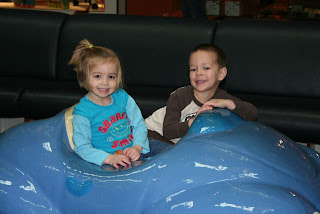 Auntie even made a surprise visit! 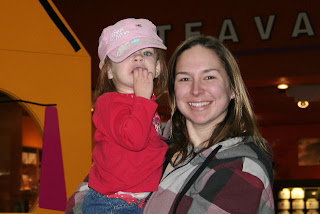 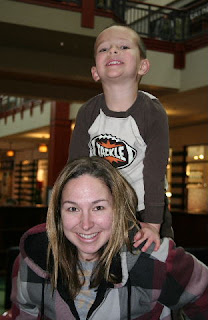 Once we were "played" out, we headed to the food court for lunch... 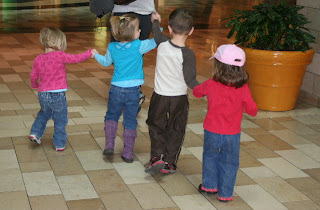 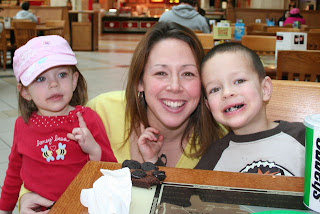 ...and then to Old Navy to look for some Falcons gear.  The only shirt they had left was too small for everybody, so the kiddos got to pick something else instead.
Which they then had to put on before we even left the store. 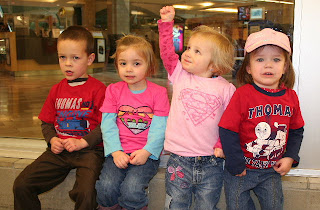