Flag Football is quickly becoming one of my favorite kids' sports ever.  I'm pretty sure Harris would say the same thing. 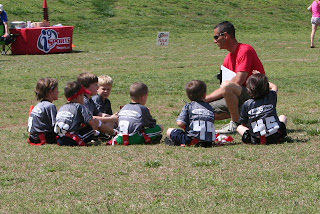 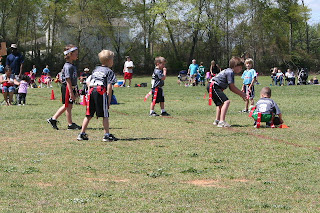 It also doesn't hurt that the field is two minutes from our house, that Hadley is old enough to entertain herself with the other younger sisters of the team, and that our after-game treat is now a trip to FroYoLo.

And, of course, with fans like these, anything's awesome. 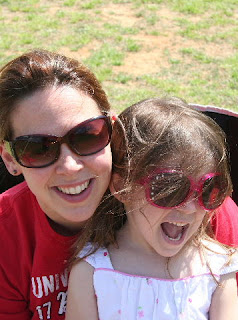 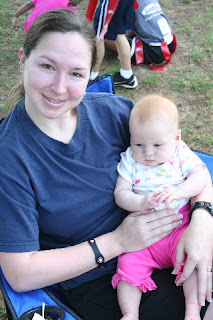 Posted by Heather Haynes at 6:28 AM