In an effort to beat the October rush (and because we had some free time!), we headed to Corn Dawgs for their Opening Weekend.  Granti and Sam joined us for the afternoon, and a fantastic time was had by all.  The crowd was super light, which was great, but the weather got a little tricky on us and by the end of the day we were all pouring sweat!  Happy Fall, y'all!

Once again, this pregnant Mama took a backseat role while everyone else enjoyed themselves on the attractions.  The kids made an immediate beeline for the giant slides. 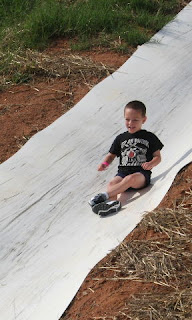 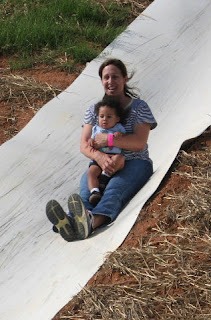 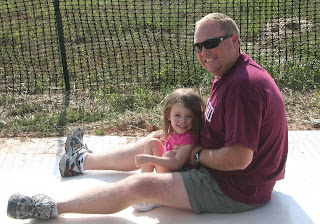 And the cow train was a very close second. 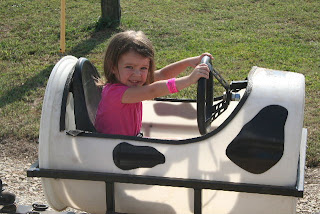 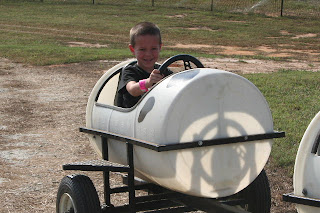 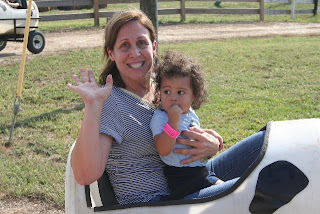 We also hit up the younger kids' play area, with the tricycle track, horse swings, baby zip line, and more.  Climbing in and out of the boats and planes, swinging on ropes, and visitng the pet zoo were also big hits. 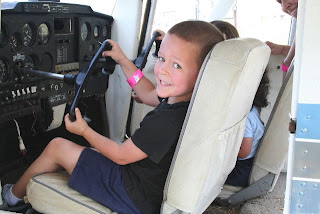 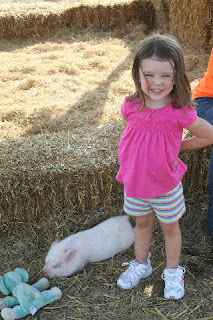 We also took a trip through the corn maze! 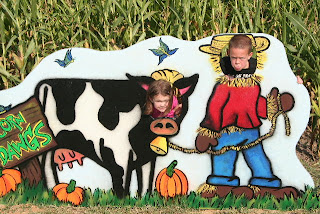 Harris' favorite part by far was the hayride.  Babe enjoyed it, too...mostly because she heard a family speaking a different language and made sure to ask, "Are they acting Spanish?"  Thankfully the other family laughed right along with us!  Homegirl is all about her Spanish these days. 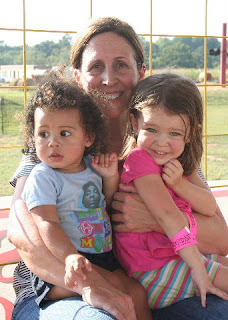 We spent most of our time in the corn box.  It was a dirty, dusty mess, but it kept everyone happily occupied for quite a while. 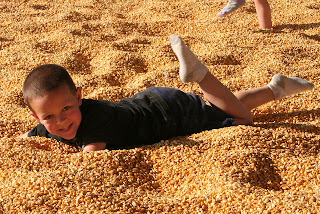 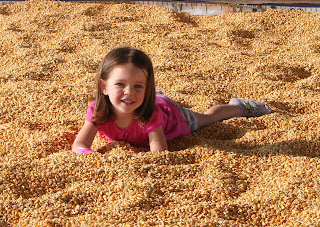 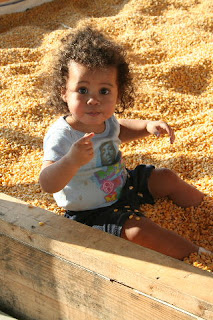 We finished up with day with drinks to cool off and a stop by Zaxby's for dinner. 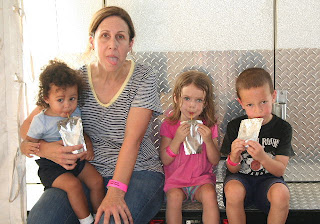 Minus the heat, I can't think of a better way to kick off my favorite season of the year.  I am sooooo looking forward to cooler temperatures...hopefully they'll show up sooner rather than later!
Posted by Heather Haynes at 2:58 PM