Harris continues to excel at t-ball. 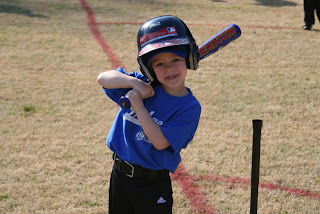 I guess "excel" might be a bit strong of a word, but both his attitude and performance on the field are light years away from last season. He talks to his teammates, he warms up with the coaches, he can't wait to bat, he runs his little heart out, and he's become a pretty decent throw-er. 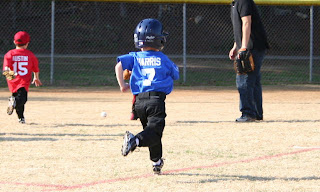 ﻿
It's so much fun to watch him give his best to something and know that he feels good about it. 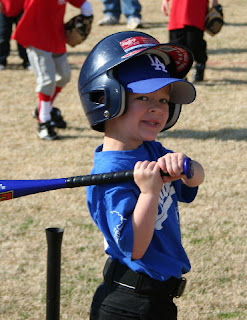 Of course, he still turns on the big crocodile tears when the ball isn't hit directly to him, but he's sooo much better at sucking it up and hanging in there.  He's even running after the ball, although he's still not super eager to jump in the dog pile and fight for it.  He's getting closer, though.

My sweet boy was even awarded the very first medal of the season! 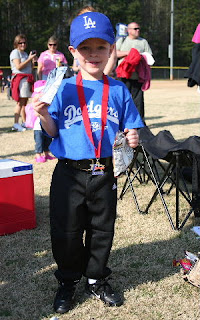 I didn't get to see him actually receive the medal (I had Babe in the bathroom), but the smile on his face when we connected spoke volumes.  I'm one proud mama.

Babe, on the other hand, spent the game like this: 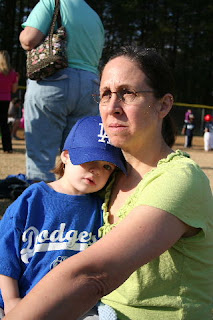 She's still not crazy about getting on the field, and even freaked out over having her picture taken (nothing new there, though...the girl hates being the subject of pictures).  In the end, it wasn't worth the battle, so her team picture looks like this: 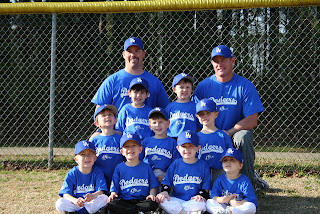 She sure did rock her uniform, though, and to her that's all that really matters.
She owns the most expensive jersey I've ever purchased.
Posted by Heather Haynes at 6:32 PM