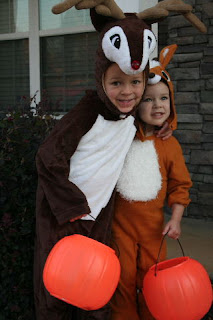 Many, many months ago, Harris and Hadley announced that they would like to dress up as Rudolph and Clarice (from the claymation movie) for Halloween.  Turns out they held true to their word...and we ended up with the cutest Halloween reindeer ever. 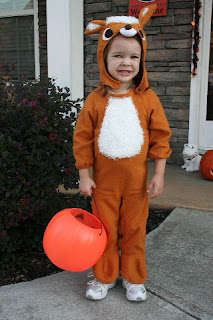 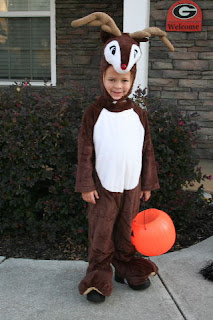 Halloween has become a family affair around these parts, and this year was no exception.  Mom and Mo even got in on the costume action...Mom as a "librarian" (no offense to the librarians out there) and Mo as a "Jamaican."  Cassidy was just herself. 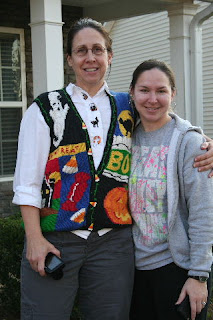 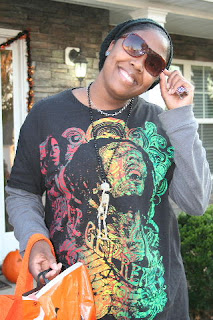 Quinnie and Pay Pay came to Trick or Treat as well, and Raven and Sam Sam joined in on the fun, too. 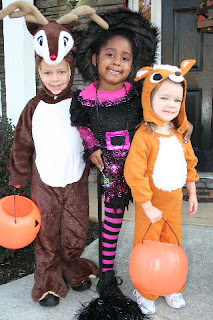 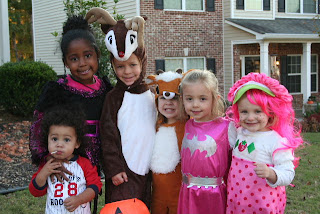 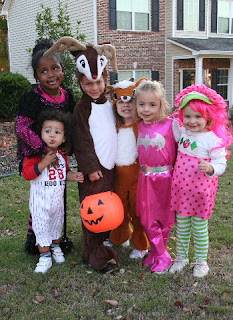 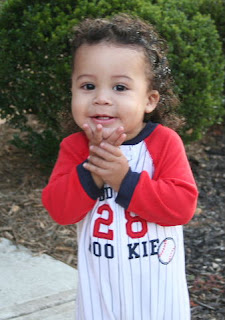 The kids did a great job hitting up about a third of the neighborhood and had an even better time working on their candy inventory at the end of the night.  Babe and Harry especially enjoyed handing out candy to everyone who knocked on our door after we'd returned home.

The kids are already counting down the days until next October.  Costume ideas are floating around and Ben and I are preparing ourselves to dress up three kids rather than two!!!

Not that I'm complaining. 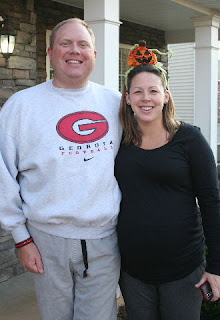 Posted by Heather Haynes at 6:20 PM